Chris Betts is taking two shows to Edinburgh, Bewilderbeest and Chris Betts vs the Audience. We fired over a Q&A and asked him about both.

Hi Chris, tell me about your two Edinburgh shows.

Bewilderbeest is an hour of stand-up comedy about the things that I can’t get my head around, like why would someone become a police officer?Can I take money from wishing wells? Have the Japanese secretly mastered time travel? All the pertinent questions of our time.

In Chris Betts vs the Audience, two teams and an impartial judge (audience member or guest comedian) get five rounds in which I will argue the opposite of anything that the audience says. At the end of the show whichever team has won more debates gets a pointless prize. The audience picks the topics for debate so every show will be different and I have no way to prepare. Caution: I’m not trying to prove anything, I just love to argue.

It’s comedians’ summer camp. We spend the rest of the year passing each other on the M5 and sharing stories in service stations or on train platforms but in Edinburgh I get to live in a city full of comics. Which is as utopian as it is dystopian really but what better description for the Fringe than a utopian dystopia?

I get a lot of inspiration from the creativity of the UK scene, acts like Kim Noble and the ACMS gang are doing things I’ve never seen before. My other inspiration comes from the American acts that I love like Tim Renkow and Eddie Peppitone who can incredibly Rumpelstiltskin awful thoughts into applause breaks.

The most fun I’ve had was three years ago at the Fringe on the top deck of the bus in Three Sisters at 2am debating with a bus full of drunks about how to please a women and why England should be ashamed of the British empire. That show was the inspiration for doing Chris Betts vs The Audience. My worst experience was when an audience member yelled “I’ll fucking kill you!”, left the venue, then came back with a 2×4 from a nearby construction site and the bartender had to fight him off with a baseball bat. Though that was actually pretty fun too.

The worst review I’ve had was for a competition final I was in years ago and it didn’t mention my comedy, he just said I looked like Daniel Kitson and then moved on.

Angrier. I’d be the bartender people mutter “What’s his problem?” about.

The Fight by Norman Mailer. It’s so rare to get to read something that the author clearly loves. He was in Zaire for the Ali vs Foreman Rumble in the Jungle. I loved reading it because he loves Ali and he loves boxing but he’s sceptical of everything else, including Ali winning. I recommend it.

A live action Futurama with David Lynch playing the Professor, Jay Baruchel as Fry, Amy Adams as Leela, Rory Scovel as Dr. Zoidberg, Ali Wong as Amy, Burt Kreicher as Bender, Damien “Jr Gong” Marley as Hermes and me as the Hynotoad. 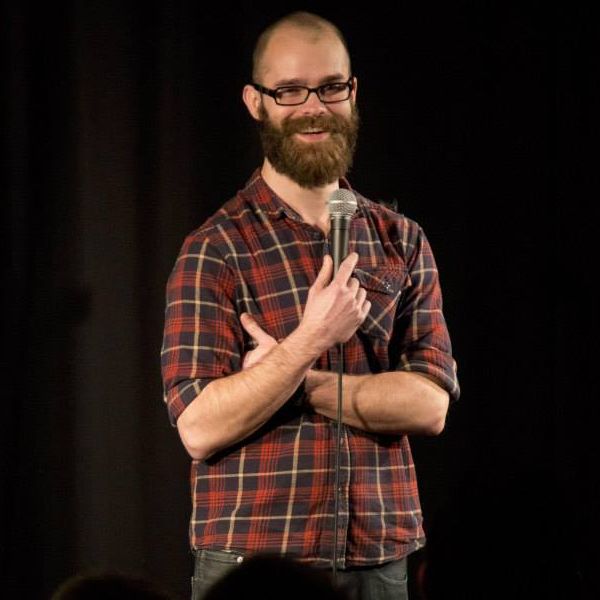