Aidan Goatley is a stand-up comedian with a difference, in that his Edinburgh shows feature films. This year he’s bringing back the 2013 hit, 10 Films with My Dad alongside a new show, 11 Films to Happiness. Martin Walker asks the questions.

Tell us about your show 11 Films to Happiness.

“Films have always held all the answers to me. I can always relate anything to a film so during a rubbish time for me I decided to watch every film in my collection to see if it would make me feel better. Film is a bit like comfort food that way. Although with less gravy.”

Tell us about your show 10 Films with My Dad.

“It’s a show about communication really. It’s about trying to find something to bridge the generation gap. Most of us find can find our parents to be hard to deal with so it’s just my own journey with my father which took a lot of trips to the cinema.”

And you’ve written a book based on the show?

“The show has been an enormous success really and has just built up a fantastic audience so I wanted to see if I could send it out further. I think my mum has most of the copies. In fact if you can find a copy that isn’t signed and been owned by my mum it’ll be worth a fortune.”

We’ve been following your tweets. Are you a big fan of Twitter?

“I love Twitter. I love satire but it’s not the type of comedy I do at the mo. On Twitter I can dip my tie into that arena. Plus it’s excellent for winding up far right groups & extremists. I’m usually very polite to them and correct they’re spelling.”

If you were curating a stand-up show for television, with Scottish comedians, who would be your guests?

“There’s a fantastic wealth of talent out there at the moment. Of the upcoming acts I’d say Keiron Nicholson, Eleanor Morton alongside more established acts like Iain Stirling.

“My favourite act at the moment though is Kelly Kingham.” 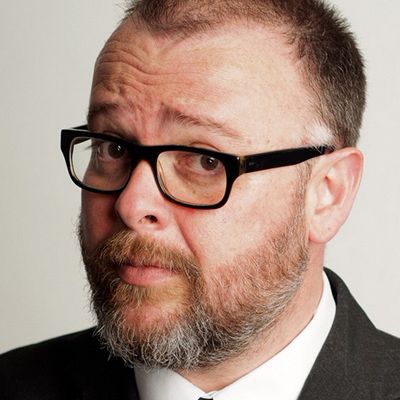