“I’m returning to a Fringe show from 2011, in fact it’s my favourite of all my Fringe shows. I’ve only ever done Edinburgh unless I had a show with something I really wanted to talk about and this show was all about one of my top topics, camp humour! It’s called ‘Carry On Camping’, and looks at the very British obsession we have with a bit of camp nonsense. The success of messrs Norton and Alan Carr prove that it’s still very much alive, plus there many televisual returns to the “Carry On” films and sitcoms of the 70’s like “Are You Being Served”, it’s in our blood. And yet there was I, a football playing , bit of a lad, who, although gay, did everything I could to suppress and hide it. Yet when I was kid, I could not get enough of a good old innuendo.

“I’ve been asked by Louise Jameson (of Doctor Who, Tenko and EastEnders fame) to put on a show at a venue she runs in Tunbridge Wells, and I knew within seconds that this was the show I wanted to put on. The show is at the Beacon, Tunbridge Wells on May 20th.”

“Actually, I met Louise when I was cast in a Dr Who audio drama in 2006. Also in the cast was Lalla Ward who played the Doctor’s companion, Romana in the late 70’s, she also rather infamously married Tom Baker. It didn’t last and by all accounts was acrimonious; she is now married to the famous scientist and God denier Richard Dawkins. Naturally in the green room, we were all working hard to avoid mentioning Tom’s name. It slipped out and she revealed to us that the previous Christmas, Mr Baker had provided his voice to BT for anyone who sent a text message to a landline, you can imagine her shock when Dawkins had hilariously sent her a text. She came home to hear her ex-husband announcing down the phone “Hello darling I love you and miss you very much!”

Charlie was one of the very first popular openly gay comedians who weren’t camp. I wonder if he believes he started a trend.

“Well it would be lovely to think so. There are quite a few ladsie gay comics now, all doing very well, Paul Sinha, Scott Agnew and the current Scottish comedian of the year, Larry Dean. But I suppose I was defying the stereotype before a lot of others, and while a lot of others were re-affirming it. I don’t know if I was “ahead of my time” (oh how lovely that would be!) but I was told a few times in the early days by TV producers that they apparently, “didn’t know what to do with me!” I don’t know if they know where to put these acts now, Paul is doing very well on ‘The Chase’, but that’s selling a whole different skill set to his brilliant comedy talents. I don’t know, I want to see a gay lad presenting on Sky Sports. It’s about time really isn’t it? Dramas and soaps are falling over themselves to put non-stereotypical gay characters on screen, it’s time for light entertainment to do the same I reckon, maybe Simon Amstell led the way but there wasn’t a charge of the pink brigade after him really. I’d take that job! But I fear my time has passed.”

I ask if the BBC is right to axe BBC3.

“No it’s a mistake. The channel had a lot of wonderful things to come out of it, and was a positive driving force for developing new talent. But it did skew far too strongly towards the under-25 demographic and it may have suffered for that, I’ve never understood the obsession with the phrase “the search for new YOUNG talent” surely we should be searching for talent? Is it inconceivable that someone over 40 or 50 could come up with something new and brilliant? Actually, ahem, Ricky Gervais did!! Talent is talent, so put it all out there. If BBC3 made an error, that might have been it, it limited it’s audience potential and TV should avoid that where possible. Plus where the hell is ‘Family Guy’ going to go?”

If Charlie were curating a stand up show on TV, who would be his guests?

“Dead or alive? Oh what the hell, Richard Pryor and Lenny Bruce. Pryor was one of the most influential comedians to me, not because I could ever speak to his style, but because he’s what proper stand-up to me is all about. Take your own life, find the truth and exaggerate it. And Bruce, only because I’d like to see what the fuss is about, there isn’t much of him out there. As for living, wouldn’t it be great to see Woody Allen do stand-up again? I mean, he never would, but for Christ’s sake I’m bringing dead guys back.

“And sorry to be predictable, but Billy Connolly. Aside from being the best observational comedian that ever lived, he was the one person who could make my very dysfunctional family sit down, not argue, listen and get on with each other for the duration of his latest release. It’s the only time my family ever felt like a family! So thanks Billy. Little did you know you were also a family counsellor as well?” 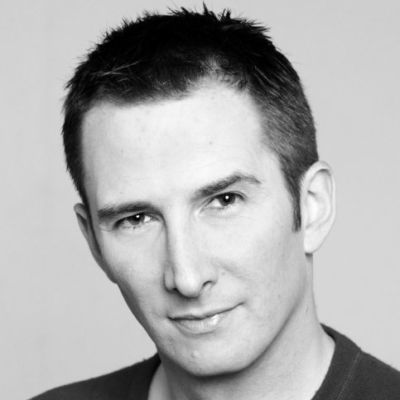