After starting out in stand-up in spring 2005, John Robins reached the semi-final of So You Think You’re Funny in Edinburgh that year after only a handful of gigs. In 2013 he had the best reviewed stand-up show at the Edinburgh Festival Fringe. Martin Walker chats to John about his new Fringe hour.

“My show is called This Tornado Loves You and in it I reveal what I think love is. About time someone stepped up to the plate really, no point messing around, it’s a topic largely ignored by art over the last few hundred years…”

How many Edinburgh Fringes have you done now? What keeps bringing you back to Edinburgh?

“This is my sixth consecutive solo show. Having done shows at a few comedy festivals abroad, and elsewhere in the UK, nowhere comes close to Edinburgh. It’s the only place where the standard of shows is so high, the rigour in which shows are tested is so severe, and the bars are open so late. No matter how your fringe goes, you always come away as a better comic. Also, what marks out all the comics I admire is turnover of material. An hour a year is a good start.”

Your 2013 Edinburgh show Where Is My Mind? was the best reviewed stand-up show at the festival. That must have felt pretty good.

“Yes, of course, who wouldn’t want people to like their show! I was really proud of it and it’s the first thing I’ve put online for download. That said, I have been on the other side of the industry machine, years with no PR, one poster – which had a cartoon willy stuck on it, and chasing people to come and see the show in the last week. So you can’t fully accept any small level of acclaim without a thought for all the amazing stuff that goes on without fanfare because it’s performed in a cave, or a pub, or the performer haven’t been on ITV2’s Fake Reaction.”

“The great thing about the BBC is they have a legal obligation to provide content of quality regardless of how popular it is, not everything on BBC3 is great, but so what?! Though moving it to an online platform isn’t the same as axing it. You know what young people are like, playing with their tamagotchi’s… In five years we’ll probably be watching most TV online so it won’t seem like such a fuss then.

“I think it’s great to have a policy of always having women on panel shows, what I think was a catastrophic error of judgement was telling people that was the policy. It means that every woman on a panel show is now seen as a token, and will be the subject of even more online abuse if people don’t find them funny.”

“Great question! I think I’d want to give a few people some much deserved exposure, so obviously Daniel Kitson, I can’t believe they won’t book him for ITV2’s Fake Reaction, it’s a no-brainer! Then I’d have George Egg, a wonderful performer and a lovely guy, his opening sixty seconds has no words, and he came up with it when Doctor Brown was still rapping! Then I’d have Roisin Conaty who is such a unique and hilarious comic voice, and Celia Pacquola because I gigged with her last night and she was super. Then I’d close the gig with James Acaster, because he’s the best comedian I’ve seen in such a long time.” 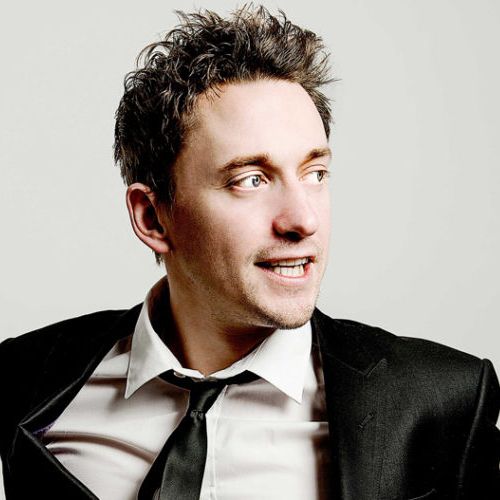