Holly Morgan describes her show, Seven Crazy Bitches, as a stand-up/cabaret show about being a female dog in a dog-eat-dog man’s world. With wigs. Terrible wigs. We wanted to know more…

I like to think of it as a piece of ‘Standaret’ which celebrates female eccentricity and originality. I walk you through the ‘Seven Ages of Woman’ as I see them and pin a diva to each age. Also, the reanimated corpse of Shakespeare sits next to me in a box and acts as my sidekick.

Edinburgh is a life changing platform for artists. Everyone is passionate about their work – they’d have to be! It’s a huge financial and emotional outlay to be here. I love the city independently of the festival but there’s nowhere else in the world, in August, which can compare.

The women in my show. Women like Stevie Nicks and Cher who get consistently battered in the press or declared to be on the brink of death because they’re not 25 anymore. I make the point in my show that many of the women who get labelled ‘crazy bitches’ do so because they are outspoken, clever, talented…or indeed just talking. That inspires me – strong women who defy the tabloid ducking stool!

In my previous career as a serious actress I was in a piece of classical theatre for Shakespeare’s Globe and ETT. We toured to the Edinburgh Festival Theatre. I was on a faddy diet which involved copious amounts of broccoli. We were doing a really serious court scene involving the entire cast and I unleashed actual fart armageddon. It was so bad that my oldest friend smelt it on the fourth row of the stalls. She said it smelt like home.

Ha! I’ve had some really nice ones but I guess my favourite reviews have been word of mouth, people saying they’ve really enjoyed the show.

A Book For Her by Bridget Christie.

Ask and then answer a question of your own choosing:

I’ve written a pilot with my boyfriend but it’s got far too many F bombs in it to be primetime… I’d bring back ‘Stars in their Eyes,’ I don’t care if it was ITV! 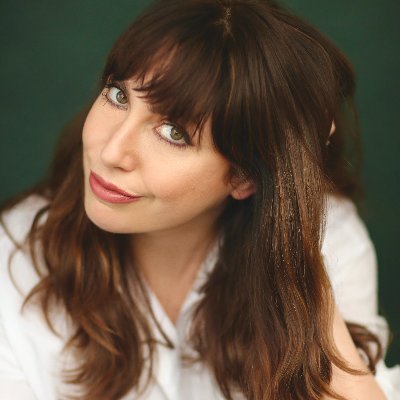