Brendon Burns and Colt Cabana do comedy and commentary to Bad Wrestling Matches. It’s the title of the show and it’s what the show is. It does exactly what it says on the tin.

Hi Colt, great show title. Can you tell us more?

That’s literally what it is. This is our 5th year back on the Fringe! I’ve collected thousands of hilarious wrestling clips from over the years. We invite different hilarious comedians to come up and riff while we play them.

As a wrestler who’s wrestled all over the world, Edinburgh has become my second home. I love coming to the Fringe and being inspired by all the great art and comedy happening every August during the Fringe.

It’s cheesy and easy to say, but the whole event inspires me.I love seeing people create and then perform.

The first year I did the fringe, there was a review that said, “Cabana is a revelation”. Brendon told me this, and I was pissed off they said that about me… until he told me the definition of revelation.

I’d be coaching or training wrestlers.

I don’t read. I only listen to podcasts.

Can people who don’t like wrestling come to your show?

Fuck yea, sometimes those are the people who like it the most. We use wrestling as a backdrop for general comedy. You’ll have the time of your life. Girlfriends always come in sceptical, and somehow end up loving wrestling.

It’d be a game show where I beat the shit outta Brendon Burns. The more he gets beat up, the more prizes the audience wins! 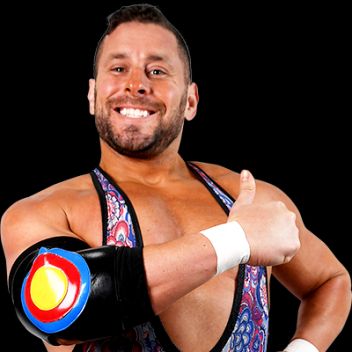