The Edinburgh Festival Fringe show, Comedy with a Dyslexic Geordie, features Sean Turner, the Loaded magazine Search for a Star Finalist of 2013. He performs alternative comedy from surreal to observational. An energetic show with a brooding north-eastern mania.

“I have a show with the Laughing Horse at the Jekyll and Hyde. It’s called Comedy with a Dyslexic Geordie. I named it that because I am a dyslexic Geordie that does comedy so amalgamated the three things and came up with the title. It’s an alternative stand-up comedy show full of silly impressions, audience interaction and a theme of dyslexia in the last few minutes of the show.”

Why did you choose Laughing Horse?

“Because I’ve done two previous show with them and enjoyed the experience. I prefer to get people in for free then get donations after, rather than selling tickets to a show.”

Explain your act to someone who hasn’t seen you before.

“I have trouble explaining my comedy style because I try to be as different as possible. The main people that inspired me from my childhood were Vic and Bob and Rick and Ade. That’s the kind of humour I go for.”

What would you tell your seventeen year old self?

“If I could see my seventeen year old self again and give him advice? hmmm. I would tell him to get in to comedy now rather than in his 30s. My career would be well under way by now. Oh and here’s the lotto numbers for the next 18 years.

“If you were curating a TV show, who would be your guests?

“I really don’t know. Some really funny people that would benefit from being on a show like that I suppose.” 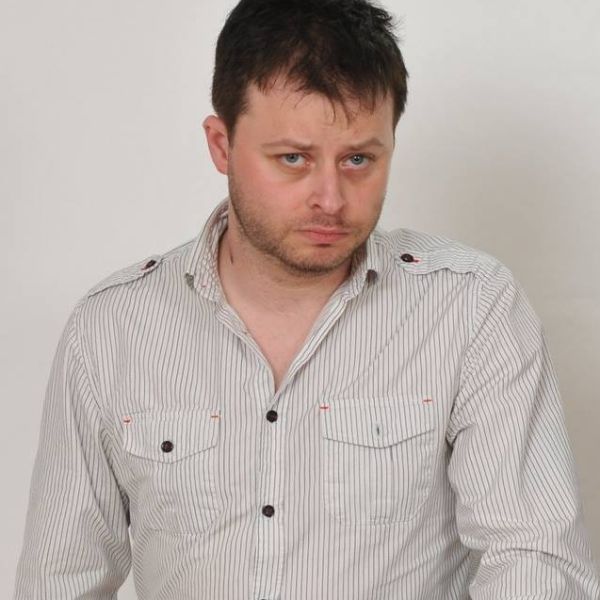