On Fire is hilarious, actual stand up, from a bearded Aussie bloke who will be your best mate by the end of the hour.

Hi Nick, tell me about your show.
It’s a stand-up show about the fun, simple things in life. For example, my recent wedding, my honeymoon in Vietnam, my deep desire to violently assault people that bring too much luggage on a plane and a 100% true story about my mum getting punched out at a fast food restaurant.

What does Edinburgh mean to you?
It’s like doing a Crossfit class, it doesn’t seem to long when you sign up, it’s fun for the first bit, you are extremely tired at the end but if you’re not a wuss it’ll make you stronger.

Who inspires you and why?
US comedian, Ari Shaffir. Left the US during a huge point of his career to just go travelling.
Didn’t answer calls or emails for four months. That’s badass.
Some people just keep working and working and they already have everything. Go enjoy it. We’re only here once.

Describe your best or worst review.
I don’t remember anything in particular from bad reviews except the feeling that I usually feel bad for the reviewer. I’ve seen things I’ve disliked, to have to then go and write about it must be brutal.

If you weren’t a performer, what would you be?
I always say jobs that are more difficult than mine like “UFC fighter” or “SAS soldier”. That way, I have to remain a performer as I have no other feasible career options.

What was the last book you read?
Dream Land by Sam Quinones. An in depth look at the opiate epidemic in middle America. Fun stuff.

Hey Nick, what’s waiting for you after this interview?
Well, I’m currently on part 2 of my honeymoon with my gorgeous wife on a lake in Northern Italy. It’s 28 degrees outside and there is a refreshing cocktail with my name on it BUT I’LL DO THIS FIRST BECAUSE I AM A TRUE PROFESSIONAL

Imagine that the BBC have asked you to produce a primetime show. What would it be and who else would be involved?
Hey BBC, as much as I’d love to give you a written breakdown of my TV idea in this publication, how about you show me some cash and then I’ll hand them over. Haha. 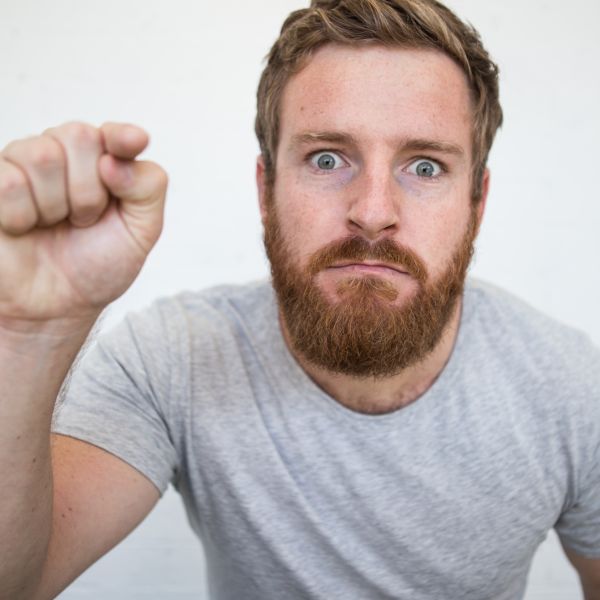