Award winning Australian comedian, Demi Lardner, describes herself as a writer and jungle cat fighter. According to her website she grew up in constant fear of birds. Her first stage appearance was at age sixteen and she’s never looked back. Martin Walker asks about her 2014 Edinburgh Fringe show, Birds With Human Lips.

“Birds With Human Lips will be perfect for people who have only just taken off the Transformers sweater they’ve had on for three days straight to mop up ice-cream they spilt on their bare lap at 9 am. It’s mostly about anxiety and the trouble I have leaving the house. Or maybe It’s just a bunch of nonsense. Maybe it’s a gateway to all that is good and holy and a world where nobody need bleach their anuses anymore because I’ve stolen them to wear as promise rings.”

“If it feels like you’ve missed the point, you’ve exactly nailed the point. I spose it’s pretty silly but there’s useful stuff in there. This is hard.”

Describe the stand-up comedy scene in your native Australia.

“I think it’s exploding, and probably with good reason. I think everyone’s going to see a tonne more Australians on the international circuit because we’re good, and we have that stupid accent, so there’s that.”

“I would start off with Frank Woodley so everybody feels whimsical, then Kyle Kinane to throw them off and question their morals, Sam Simmons to follow so that five percent of them feel angry and confused, and then just a video of my dad trying to pick up his specs with his toes for ten minutes.” 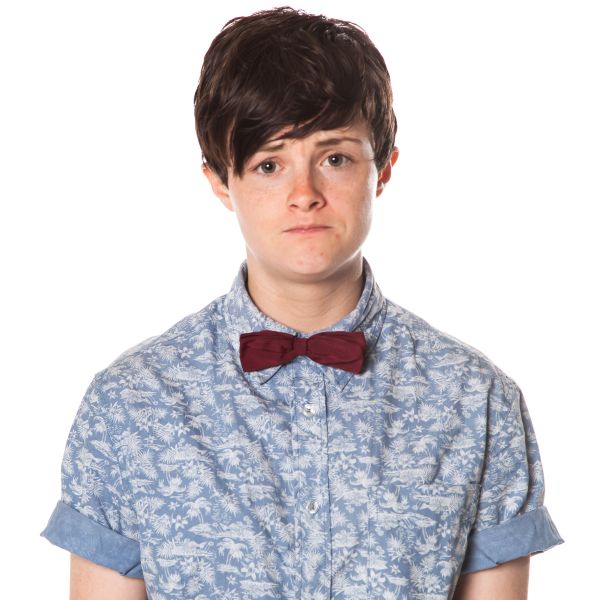