The Incredible Joz Norris Locks Himself Inside His Own Show, Then Escapes, Against All The Odds!! A pretty good description, as well as the title of Joz’s Edinburgh show.

Edinburgh itself is in my top two cities in the country (sorry, I really like London). It’s beautiful and excellent. The Edinburgh Fringe is my favourite time of year, nowhere else can you see so many amazing creative people sharing their ideas on their own terms. So much fun, so much imagination.

Musicians who tap into something ineffable that you can’t quite explain in words – Van Morrison, Tom Waits, David Bowie, Kate Bush, Frank Zappa, Joni Mitchell, Peter Gabriel, Prince, George Clinton – people who assemble sound in such a way that it does something to your tummy that you couldn’t explain if you were asked to. I also like comedy that does the same thing.

I’ve spent the last 10 years learning how to be an idiot onstage, and as such had completely forgotten that at one point I had quite a nice singing voice. Last year Adam Larter wrote a Harry Potter parody show in which I, as Draco Malfoy, had to sing “Shake It Off” with conviction in front of a sold-out Leicester Square Theatre. The performance was on my birthday, so I spent my 27th terrified and elated, singing with actual sincerity, to 400 people, and remembering that I used to actually be good at singing. It was very moving.

I got a 1-star once, in 2014. I forget what it said, but in the print edition it was 1 star, but when it eventually went up online, it had been upgraded to a 2-star. That somehow made it worse. It felt like whoever wrote it thought about the show and just felt a surge of pity for me and decided to be lenient. A reviewer’s pity is far worse than their mere dislike.

I worked as a secretary in the OCD Children’s Clinic of the Maudsley Hospital once, and found that entire world fascinating, so maybe if I wasn’t trying to be a performer at the time I’d have gravitated towards clinical psychology. Either that or I’d have learned to play an instrument properly and become a musician, though I guess that’s still performance.

I’m currently reading “His Bloody Project” by Graeme Macrae Burnet, which is an excellent historical novel about a gruesome (fictional) murder in a small Scottish village in the 1860s. It’s all written as if it’s been assembled from first-hand accounts and contemporary documents relating to the crime composed at the time, so it’s very cleverly put together. Great fun.

OK. Joz, what are you listening to at the moment?

Well, I’ve spent the last 10 years compiling a list of my top 1001 albums of all time but have never done anything with the list, so just for fun I’ve decided to listen to the entire thing in chronological order, from 1955 to 2017. It’s great fun, it means I’ve spent the last week in the 60s. I’m currently up to Van Morrison’s “Astral Weeks”, and next is “Odessey And Oracle” by the Zombies. I recommend everybody sets themselves chronological listening marathons every now and again, it really seeds a narrative in your brain.

I’m a sitcom fan at heart – I grew up and fell in love with the idea of comedy thanks to shows like Alan Partridge, Peep Show, the Mighty Boosh, Garth Marenghi and Flight of the Conchords. So I guess,given the opportunity, I’d like to make a sitcom I’ve been working on this year, which is about social anxiety and technology addiction. Given free reign to cast whoever I want, I’d fill up the main cast with a bunch of my favourite comics and best friends – Harriet Kemsley, John Kearns, Eleanor Morton, Adam Larter. Probably try to get Steve Coogan in to cameo as my dad or something, just for fun. 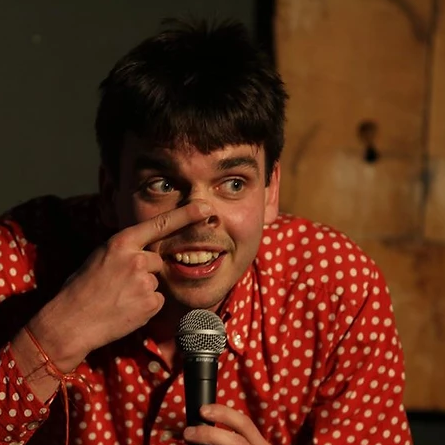