Hi Asad, tell us about your show.

I start the show off by hypnotizing members of the audience. Then Colin Mochrie or Mike Mcshane from “Whose Line is it Anyway?” improvise with the hypnotized subjects. By the end of the show the audience is in tears from laughter.

Edinburgh now has a special place in my heart forever. I met so many interesting people while performing last year and have seen so many amazing acts. Not to mention that this has been the highlight of my career performing with comedy legend Colin Mochrie and Emmy nominated actor Mike McShane.

My parents inspire me. My mother is a fifth degree black belt in Karate. She came from a traditional Muslim background and broke all kinds of barriers to attain such a high level of status, skill and proficiency. My father came from humble beginnings and successfully put himself through medical school and residency. He came over from India with no money and actually financially supported his brother while he was studying engineering at Purdue. He did it all on an intern’s salary. They are examples of what hard work and dedication will earn you. I strive to be a mirror image of them.

Best experience-watching people doubled over in fits of laughter while they wipe tears of laughter from their faces. It is really gratifying to watch someone lose complete control over their bodies while they are laughing. In that raw moment, everyone is the same- nobody can control what they look like…they just lose themselves in the moment.

Worst Experience: performing in front of an ancient crowd. The show is really meant for a young vibrant audience.

The Times said that we were a “celebration of the human imagination”. I think that really encapsulates the show. Watching the improvisers and the hypnotized subjects create something from nothing is so incredible to watch. The high calibre of comedic material that is spontaneously created on stage is astonishing.

I would be a motivational coach (which I am). I like watching people attain mastery.

Originals-How Non-Conformists Move the World. (This book makes me feel better about my life choices).

Who do you think will win the up and coming McGregor vs Mayweather fight?
I think both athletes have legendary skill. Unfortunately for Connor, Mayfield has been boxing since he was a child. It is his sport and he is going to dominate the fight. If McGregor wins, he will get a lucky shot in and catch Mayweather with a well-executed knock-out punch. My money is on Mayfield with a unanimous decision.

I would do spoof on my life as a Master Hypnotist. Truth is stranger than fiction. 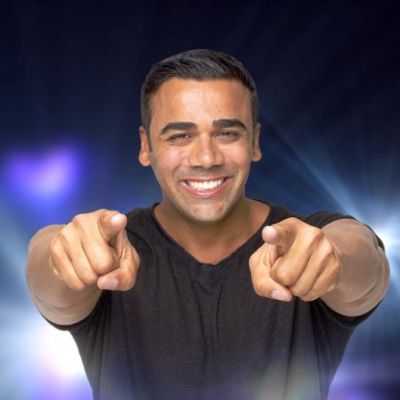