Best known as Don Danbury from BBC3’s cult hit sitcom How Not To Live Your Life and Johnny Two Hats from The Mighty Boosh, Dan Clark is back at the Edinburgh Festival Fringe after a few busy years away. Martin Walker asks about Me, My Selfie & I.

“Hmm. The old ‘self your show’ question. I’m the worst self-promoter ever. Anyway, here goes – It’s my first new solo stand-up show in over three years. I called it Me, My Selfie & I because it’s about spending a lot of time by myself. I had a bumpy year in 2012 and inadvertently found I was alone for a lot of it. It got me thinking a lot about my life and where I am. I’ll be forty in two years’ time and that’s been freaking me out. So it’s a fairly reflective show. And definitely my most confessional, honest material. But fear not, there’s plenty of silliness too.”

You’re well known for playing Don Danbury on How Not to Live Your Life, which you also wrote, co-produced, and directed. How did the BBC sitcom come about?

“I’d made some one-minute sketches for Comedy Central which were aired in between the main programmes. It was called Dan Clark’s Guide to Dating. They were then put online and became very popular. The BBC asked if there was a way we could make it into a series and I came up with the idea of inserting them within a narrative half hour. The show started very modestly, but over the three series we picked up a very loyal fan base and viewing figures much larger than people realise. I guess it was a cult in the truest sense.”

What was your first TV acting role?

“It was a small part on Only Fools and Horses. Not a bad first gig at all. Very exciting for me because I adored that show growing up. I was in the Christmas Special with the Batman and Robin scene. I was actually in that scene, playing one of the muggers Del and Rodney accidentally save a woman from. I still get royalty cheques!”

Do you prefer TV or live stand-up?

“Making TV, whether you’re a writer, director or actor, is a craft which involves time and patience. It’s fun and rewarding. But in a very different way to live stuff. You put together the pieces of the jigsaw over a long period of time and never know what people will make of it until the final thing is finished and goes out.

“Stand up is immediate. You could write a joke at 4pm, try it on stage at 8pm and know by 8.05pm whether it works or not. If it works, it’s the greatest feeling in the world. If it doesn’t, you want to kill yourself. Which do I prefer? I don’t know.”

“A lot of my favourite comedians are American. Demetri Martin and Louis CK are my two favourite comedians working today. I like Hannibel Burress and Kumiall Nanjani. If I had to curate a show in the UK it would have people like Paul Foot, Sara Pascoe, Daniel Simonsen, Tim Key, Arnab Chanda, Cardinal Burns, Oyster Eyes and I love Maeve Higgins. People who aren’t totally mainstream and aren’t totally alternative. That’s my favourite stuff. Something that straddles the line between the two.

“I do like some of the current TV comedians but not many. People like Lee Mack and Alan Carr are very mainstream and yet very funny. I’m not a fan of any of those comics who dress like estate agents. There are too many of those on TV for my liking. “ 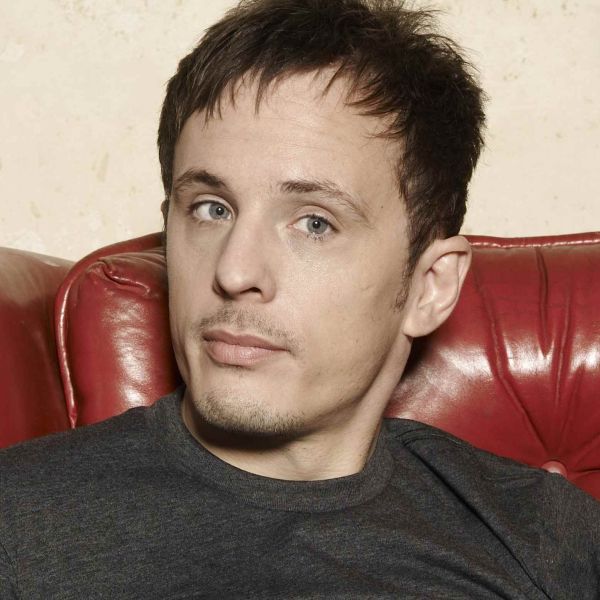