Sameena Zehra is an actor, Blues singer, storyteller and stand-up comedian – and she’s involved in no less than three comedy shows at the Brighton Fringe. She co-hosts the Immigrant Diaries and curates the Cult of Comedy showcase, but Martin Walker starts by asking about her solo show, Homicidal Pacifist.

“The idea is that it’s time to cull the human race. Who will be at risk? Politicians? Bankers? People who put the forks in the spoon section of the cutlery drawer? How is a life-long believer in non-violence and mild civil disobedience to choose? So I’m making a list, checking it twice, taking a stand, on what’s naughty, what’s nice… and the culling list is coming to town.

“The show is a dark and humorous look at the world we live in and who we choose to be – and the audience get to help choose who goes on the culling list!”

Tell us about your show with Sajeela Kershi, Immigrant Diaries.

“Immigrant Diaries is Sajeela’s show – I simply co-host it with her. Sajeela had the fantastic idea of looking at stories from all sorts of disparate people that really highlight how much more we all have in common, rather than the perceived differences politicians are using to try to divide and rule us. It’s incredibly interesting; the stories are funny, dark, ridiculous and sublime. Most of all, they are surprising. Surprise is one of the most delicious aspects of watching or performing live. I’m really glad to be part of the show.”

Will you be up at the Edinburgh Festival this year?

“Indeed I will. I love it; the atmosphere, the variety, the craziness. It’s an incredibly expensive working holiday that never fails to delight.”

You’re recently back from the Adelaide Fringe – how did that go?

“I was at Adelaide Fringe, and then I went on to the Melbourne International Comedy Festival, with my previous show, Tea with Terrorists. It was fun. It’s always a risk, travelling so far from home, where no-one knows who the hell you are, but what is life without risk? I mean, who really needs money to live on, eh? I saw some great comedy, my show was received well by audience and critics alike, and I met some incredibly lovely and generous people. 34 degrees in February was a bit of a mind melt for me- I prefer more temperate climes! Melbourne has the best coffee in the world, and is a vibrant, cosmopolitan city. I slightly fell in love with it. I’m hoping to go back next year.”

“I don’t really care about television. My joy is, and always will be, live performance. And I do run a sort of wandering comedy night, called ‘The Cult of Comedy presents…’ – I’ve always wanted to be the mistress of a cult, and now I am! – It’s on at the Brighton Fringe, and will be on at Edinburgh Fringe as well.

“I’ve already had some of my favourite comedians on, including Phil Jerrod, Mary Bourke, and Daphna Baram. John Robertson will be on later this month, along with Nathaniel Tapley, Imaan Hadchiti and Robyn Perkins, In fact, because I only ever book acts I really enjoy watching, they are all great nights. I’d love to get Josie Long in there, and Jeremy Hardy. Perhaps one day, I will.

“I want it to be an eclectic night, thoroughly enjoyable for audience and comedians alike. So far, it seems to be going that way, and everyone seems to be having a great time. Isn’t it fab when you can make what you love your job?!” 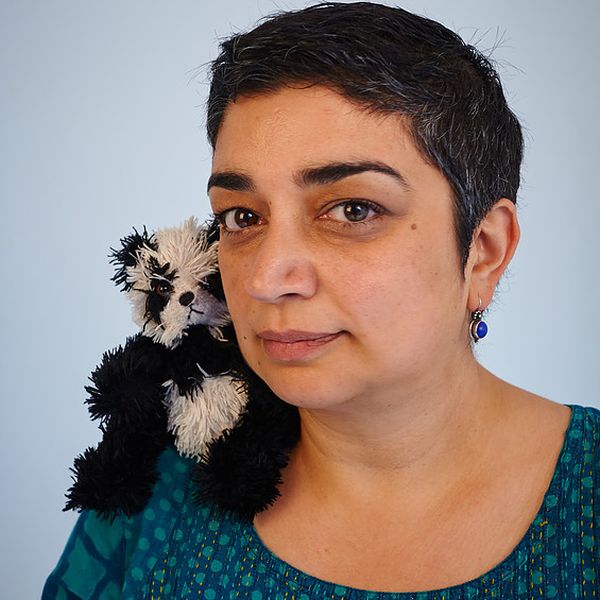