This Edinburgh Festival fringe you can join SmART Attack on a whimsical trip through 90s kids’ make and do TV shows! Grab your glitter glue, toilet roll tubes and PVA as they use retro craft to bring you something a bit different. We’re promised fast-paced character and sketch comedy with a heart. Lucy Fennell explains…

“Last year I was improvising with Impromptu Shakespeare but this year I have co-written SmART Attack! with Rebecca Alloway. It’s a sketch and character show in celebration of the art and craft TV programmes we watched as kids; SmART, Art Attack, Bitsa and Fingertips were responsible for me driving my parents mad by hoarding weird shaped boxes, toilet roll tubes and an assortment of yoghurt pots. The show is silly, high energy and full of ridiculous puns, props and people.”

“I have friends who have performed with Laughing Horse and have great things to say about it: the support, the great performance spaces and the ethos behind it. I really like how it gives performers the chance to put on a show they otherwise couldn’t do. I strongly believe that a free show doesn’t mean a compromise on quality that it should be treated with the professionalism of ticketed show; great images, props and costume. In addition to this laughing horse has so many cool venues and we get to perform in a yurt!”

“I was tempted into comedy after going on a clowning course with Dr Brown (Phil Burgers). He just throws you on stage and says ‘be funny’ which of course means you fail lots and feel very stupid and humble. But he also teaches you to find the joy and comedy in failure and I suddenly felt very able to try out all the bizarre ideas I had discounted. I also study improvisation and although my show this year isn’t improvised I feel that improv skills help to keep it fresh and interactive and the clowning means I can respond to the audience rather than just chuck my ‘funny ideas’ at them. I really subscribe to the idea that we don’t automatically deserve to be on stage; we have to earn that right with each audience we play to.”

“I did a stand up character act for a while in the guise of Carrie Ann Oddling (Pictured). I had some of my best moments with a banana down my leotard, standing on a chair and fanatically thrusting to the Blind Date theme tune. The worst but also best heckle I ever received was “I want to like you but I don’t understand what you’re doing!” which was a fair point I think. Sometimes it wasn’t funny but I certainly had everyone’s attention.”

“It would be a bonanza! Adam Larter and the Weirdos gang, Issy Suttie, Sara Pascoe, Paul Foot, Mark Simmons, Chris Turner and all of Pappy’s too.“ 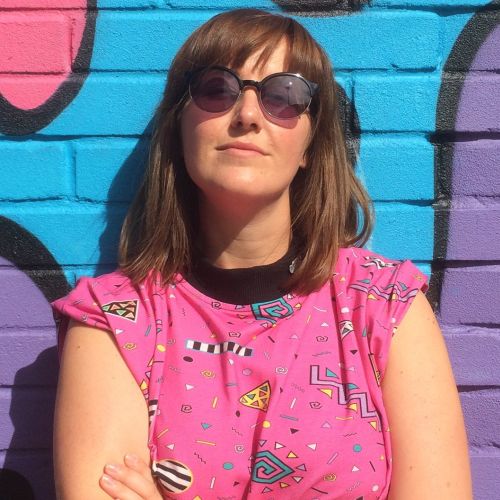