Des Clarke is an award-winning comedian who first appeared at the Fringe as a teenager. Since then, he has travelled the world with his offbeat brand of humour and become a familiar face on radio and TV. His new Edinburgh Festival Fringe show is The Trouble with Being Des.

“It’s the most autobiographical show I’ve ever done. I try to avoid talking about myself – on stage or off. Mainly because I think I’m really boring. Then I was asked to do a one off version of this last year for the radio. It went well so I decided to develop it for the Fringe.”

“Like watching a dog run about after being kept in the house all day. I’ve got a lot of energy and I like to give it plenty of welly when I’m on stage. Folk watching me often say they don’t know what’s coming next. The truth is I’m often in the same position.”

You’re the host of Capital Scotland’s Breakfast Show, you’re a columnist for the Daily Record and you have numerous TV and radio appearances under your belt. Does your stand-up comedy still come first?

“Absolutely. I still do at least three or four gigs a week. I’ve never forgotten that stand-up comedy was all I ever wanted to do and will always be my first love. It also gives me a great excuse to shout at strangers without fear of arrest.”

You have just been awarded the Outstanding Contribution Award at the Scottish Variety Awards. Tell us about that.

“What a buzz. My first thought was – is that them telling me to retire? The fact that I happened to be hosting the awards ceremony made it even more surreal. I genuinely thought it was a wind up. It was a lovely thing to get though and I felt really proud. Especially when I showed it off to my mum who now keeps it on the mantelpiece next to some ornaments.”

“Tough one. It depends on my mood but I’ll give it a go. Billy Connolly, Tommy Tiernan, Jerry Seinfeld, Daniel Kitson, Demetri Martin, Louis CK and Chris Rock. If you’ve got about 50 million quid and some decent crisps backstage I reckon you could make that gig happen.” 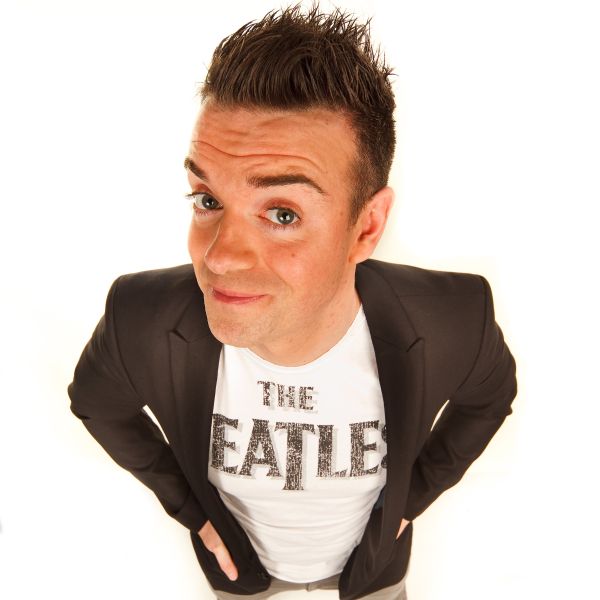