It’s a stand-up chat show which pays homage to Ellen DeGeneres. Similar but different, there will be different guests each night, letters from celebrities as well eclectic entertainment from singing to magicians.

It was part of the Laughing horse comedy course in 2013. I didn’t realise that there was a gig to do on the Sunday night! Oops should have read the fine print. Learned my lesson!

Apart from telling myself I am funny! I try and get a look at the audience to see if I can get a feel for the audience. I also always get there for the start to see what the MC can find out about the audience. Its’ important to be prepared. Also try and find out what the local rivalries there are between the local towns and cities. I usually take 3 deep breaths just before I go on stage.

My best review was a 5 star from a comedy club in New Orleans called Local Uproar at Allways Lounge last weekend. Worst review was from the Stand in Edinburgh Nov 2015 who said I was not for development. Not sure who gives the feedback at the Stand, rumour is that sometimes it’s the bartenders. Love a challenge!

Yes, as that’s the only way I can learn and progress as a performer. However, at the same time being aware that comedy is subjective and that I will not be everyone’s cup of tea.

I think reviews can play an important role to help the guide the punter to good shows of any discipline, and like performers they have a reputation to look after. I think the comedian can be helped by looking closely at what the reviewer is trying to say.

I feel there is no place for racism, bigotry, sexism, hatred and discrimination in comedy.

There are certain subjects that I feel are not suitable for comedy however the next comedian will say there is nothing. I feel go with your own morals and know what you would feel comfortable listening to with your friends and family.

No, I have a conscious and would never want to do anything that would give someone else pain except for Trump.

I recently did a gig in New Orleans and its always tricky to gig to an audience who have different expectations about comedy as well as different humour. However, my gig at the Clutha bar in Glasgow the week before I feel was my best gig. As a Glasgow girl who has crossed the cultural barrier and moved to Edinburgh its always scary to go home!! But they loved me, and I have not had so many applause breaks before. 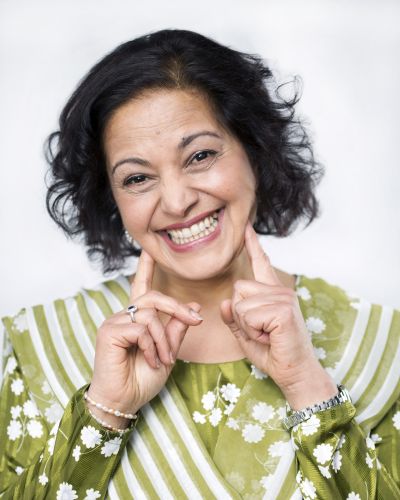