African Aussie is almost like a comedy autobiography about my life. I start from the beginnings from being born in a refugee camp in Ethiopia to my family fleeing to another in Kenya and eventually being sponsored on refugee status to Australia. From humble beginnings to the struggles of adapting the Australian culture. What it was like learning English in a foreign country without a TV or radio for the first 9 months. You learn about my early days, finding out that the indigenous Australians are also considered black, but when we saw our first ones they were no darker than some people we consider white. As the show goes on, I walk you through my different career choices before finding stand up comedy. So whether you are after stories about parenting or you were once engaged, this show has it all. I have lived it only in my 33 years of life.

You describe being one of only a few black students in a very-white school growing up. Many have described the Edinburgh Fringe in similar terms! Is this your first visit to Edinburgh? If so, what have you heard about it? What are your expectations?

Arriving in Perth, Western Australia back in 1996 was definitely the most challenging move of our lives, it was however the most fruitful. It meant our biggest struggles were over, but other challenges were just being. Starting with learning English. I remember there being no more than 20 to 30 African families here, we were the African community. As little of us as there was, we still continuously heard people saying we have taken over. The schools I went to, I was in most cases the only or one of 2 black kids there. It was bitter-sweet, most embraced me, but some shun me. The ones who shun me became my first bullies, but that soon stopped when they saw I could defend myself, and defend myself I did almost daily. The first time in my life I had ever heard about Edinburgh Fringe was back in 2018 after winning the state finals for Raw Comedy. We were told the winner would be flown up to the world’s biggest fringe festival in Edinburgh, Scotland, so I quickly set my sights on winning that competition. I remember being on that stage along with the other 11 contestants as they were calling out the second runner-up and hearing it was not me and thinking to myself “yes I’m still in the game baby”. Then they called out the first runner-up and said to myself, “damn, I haven’t prepared a speech. And then my big TV moment came” and the winner for the Raw Comedy 2018 national finals is……. Beck Melrose”. I didn’t win, hahaha. Probably the best time that happen to me. I was only like 20 gigs into my stand up career at the time. I’m a firm believer of what’s made for me will always find its way to me. Look at me 4 years later signed to a management making my way down to Edinburgh with a massive support system that wants to see me win.

This is my debut to Edinburgh, and I am beyond excited and prepared to execute my greatest body of word. I’m in town to work, so its shows every night aside from one day off at the halfway mark, August 15th. i can’t wait to discover the rich Scottish culture and submerse myself in the moment and appreciate the accomplishment that has been made. I hope to gain more recognition and have more eyes on my body of work, which in turn will hopefully get more work internationally.

I grew up watching Def Jam, and I raised myself on the Kings of Comedy. All of those Kings just held it down from start to finish. Whether it was the Master of Ceremonies, Steve Harvey setting the tone and standard for the show. DL Hughley opening, Cedric The Entertainer before Bernie Mac headlines blowing the roof off the arena. It was another level of entertainment. It showed me no matter what part of the world we were as black people our stories and struggles were very similar, and those men taught me to celebrate our differences and educate others through laughter. I don’t think I had ever laughed so hard in my life when I discovered that tape, then I discover Eddie Murphy: Delirious (yeah I did it backwards.) That was game over, I never thought of being a stand up comedy but certainly became a great entertainer at family events, in the house or school. I became a better class clown.

I’m very much inspired by all the greats Richard Prior, Steve Harvey, Cedric The Entertainer, Bernie Mac, Eddie Murphy, Patrice O’Neal, Chris Rock, Bill Burr and who can forget the man in my opinion the greatest comedian to ever live Dave Chappelle. Dave is a comedy God in my books, absolute royalty. Just the way he articulates has words and delivers has message through story telling is second to none. Dave is the only comedian I have ever watched for house, and he goes for minutes on ends with no laughter and then the room erupts in laughter from the greatest build up followed by the biggest punch line.

You are a proud father of young children. How easy is it to balance family life and life as a comedian?

Proud father of three, my children are the reason why I grind so hard. After working in warehousing for 10 years and another 6 years doing every other odd jobs, you name it, I did it. After doing my very first stand up set I knew this was it right here. I no longer wanted to wake up at 4am to go break my back and come back home too tired to do anything, it would be another 3 years before i left that place. That wasn’t living for me. Sure, at first there were so many benefits, I was making almost 80k a year, I had financial freedom. Free to travel the world, free to be a provider, it was great, and then I saw so many people at the warehouse that gave 20 plus years to the business, and then they would leave or get fired. Let’s be honest, not too many people are hiring 50/60-year-olds. When they can find a younger man to repeat that cycle. Many stayed with the business for that reason, I was not going to be that 50 year. Since taking on stand up comedy full time I have a sense of pride in what i do, my eldest daughter who’s going to be 11 this year looks up to me like I’ve got the coolest job, she can’t help but talk about what daddy does. I love and live to inspire, and we better than starting at home.

One must know and understand though, stand up comedy is the loneliest career if you’re not prepared to be alone you will have a hard time adjusting. You see we travel alone, eat lone, in most cases live alone when you are on the road. During festivals, you preform in front of thousands of people per night give or take how big you are or how hard you work, at the end of the day your loved ones are back at home while you work, entertain and meet strangers. You do meet new friends and other comedians from other festivals, but for the most part, most people are still just strangers at the end of the day.

Face time because your best form of staying connected, I make sure I get my face time calls in daily with my kids once we work out the time difference. The best thing you can do is stay as present as possible because you are a long way from home at the end of the day. I help my kids with their homework over face time, I’ve celebrated friends and family members birthdays over face time and sad to say I have paid my respects to the deceased over face time. Technology has made all this possible, I am truly grateful. I can recall back in 1993 my father being in the army on tour during my little sister’s birth, he did not meet her for another 9 months after her birth. Technology has come so far, it really helps, I am always grateful for something.

What was your favourite job out of all the jobs you have had?

I started working from a young age, I got the first job flipping burgers at McDonalds at the age of 14. I had very little growing up as a kid so when i was legally able to get a job I got one, but my mother told me “I’ll cut you a deal, I’ll sign the permission slip for the job but if your grades in school started slipping you have to quit”. So I made sure I keep up my grades. I loved that job, I was never hungry working at that job, if I could imagine it, I would make it at that job. I would bring food back home, my friends would come in, and I’d hook them up. I was so happy, I worked there right through high school I left a year after I graduated for a higher paying job, but it wasn’t the same joy. 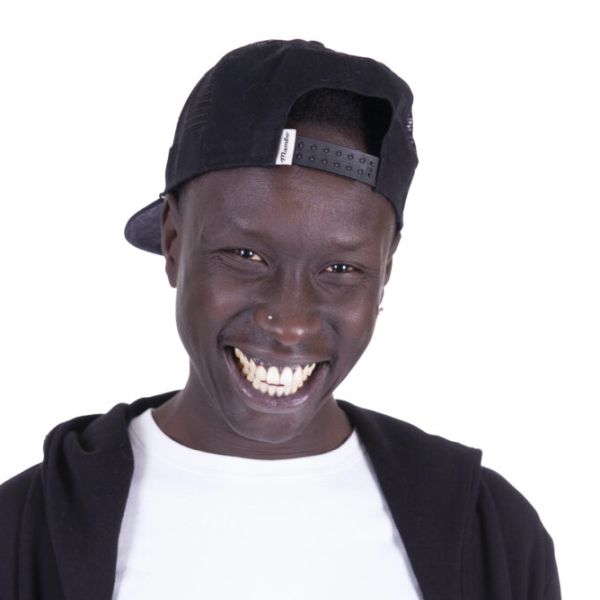