Six months ago, secret agent Mat Ewins was killed and died. Now he’s back at the Edinburgh Festival Fringe.

“My show this year is very much a follow up to last year’s Knead for Speed, where I attempted to break the record for preparing the most amount of dough in an hour while telling a couple of anecdotes about the baking industry. Was really fun last year and the audience left with more than just a good time – they all received pizza bases. This year I will be providing the toppers – and the toppings! – to last year’s show.

How many Fringe shows is that now?

“Gosh, I think it’s coming up to about twenty or so solo shows now. Every year I’ve tried to do something a little different; combine comedy with some other genre; my favourite shows have been in 1996 with my use of horror and comedy to raise money for a charity helping prevent seizures in young people, Scared Fitless and 2004 using slides and music to highlight the growing clash between Australian ex pats and disaffected urban youths, Crikey Pikey!”

“Well it was quite a long time ago now! But yeah Bill, Dennis Leary and I drove down to Plymouth to do what I think was a Mirth Control gig which Bill and Dennis were using as a warm up for their tour. Bill spoke endlessly about his love of cannabis and how I shouldn’t do adverts – I was in negotiations at the time to be the new face of Toilet Duck. After the gig we all had a curry and it was lovely to chat to the pair before they unfortunately fell out.

Is stand-up a career choice or a calling? And why?

“Stand-up is an absolutely calling for me. The first words I spoke when I was a child were the punchlines to one of Derrick Tungsten’s comedy albums that my mum would play on repeat – Tungsten’s Tips from memory – and I’ve went from there to being the class clown to finally, last year, being acknowledged on the West Country Comedy Forum as Dorset’s Best Cabaret/Dance Act.”

“Well if I’m allowed deceased guests I’d love to get some of the acts whose comedy I grew up listening to. Bert Herbert, Albert Herbert and Herbert Herbert Herbert were played so often on vinyl in our house that I can remember them pretty much word for word. If the guests had to be alive, I’d get Rich Hall and that lady that presents the lottery.” 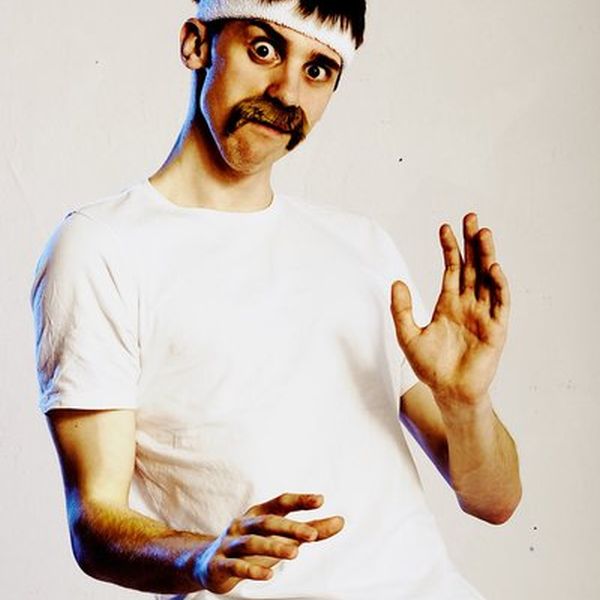