In 2005 Luke Toulson was nominated for the Edinburgh Comedy Best Newcomer Award as half of Toulson & Harvey. In 2007, after a switch to solo stand-up, he won the Hackney Empire New Act of the Year Final. In 2013 his Edinburgh Festival Fringe solo show was selected as one of the Top 10 Comedy Shows by Amused Moose. Martin Walker asks about Luke’s 2014 offering.

“It’s about love, parenthood, alcohol, Tottenham Hotspur and not getting enough attention as a child: the five things which have messed me about and made me who I am today… which was described by TimeOut Magazine as a ‘laid-back grouch’. Hence the title.

“I’m in the same room as I was last year and I had a lot of fun then. The audience came in because it’s a beautiful but strange, cave-like venue and it’s always fun to chat to the audience as they come in. I then let the audience choose the path they want to take through the show. I hope my stories keep them on their toes: mainly because a person’s life is not a linear narrative, packaged neatly into a fifty minute show. It’s a collision of disparate choices. For example, do you help your son who has just been hit in the face by a ‘swing-ball’ or do you finish the point? What’s worse, being stuck in traffic and missing the start of your daughter’s performance in her school production of Oliver, or getting there on time and having to watch the whole thing?”

“I love performing at Edinburgh. This will be my 12th Fringe. For seven of those years I performed at either the Pleasance or the Underbelly, often using production companies with expensive marketing campaigns. The financial losses for performers with such shows can sometimes run into several thousand pounds. That is simply unacceptable for a show that is just a man and a microphone. PBH’s Free Fringe allows performers to put on shows at greatly reduced costs. The audience get in for free and then give a voluntary contribution at the end if they liked it. It seems much closer to what the Fringe should be about. I certainly couldn’t keep coming up if it wasn’t for PBH’s Free Fringe.”

“I talk about the stuff that’s going on in my life, such as my relationship with my kids, my girlfriend and anything else that’s interesting me at the moment. This year I talk about my son’s plans to bomb the Houses of Parliament, The Sound of Music, Liam Neeson, throwing cats out of windows and how Chaz and Dave ruined my life. I also categorically prove that things were not better in ‘the old days’. I just try to be honest about my life, while not taking myself too seriously.”

“Quite early on I got to perform a set at a sold out Hackney Empire alongside Paul Merton, Jo Brand, Julian Clary and Jeremy Hardy. That was pretty special. I had just won the Hackney Empire’s new act competition and it was the prize. I assumed the audience wouldn’t be interested in some new act but the roar that greeted me as I walked out on stage was louder than anything I had ever heard before.

“I thought I better address the fact that I was the only non-famous person on the bill, so I said, ‘Who’s here to see me?’ expecting silence or maybe an ironic cheer. What I got instead was a laugh louder than the cheer that had marked my entrance, and I thought to myself ‘Shit, these guys are laughing at the set ups!’ Through no skill of my own, I had stumbled into the best comedy gig ever.”

“I would have Louie CK as host, assuming Daniel Kitson would turn it down. Then Zoe Lyons, Dana Alexander, Katherine Ryan, Kerri Godliman, Sara Pascoe and Pippa Evans as regular guests. With VTs from Bill Burr.” 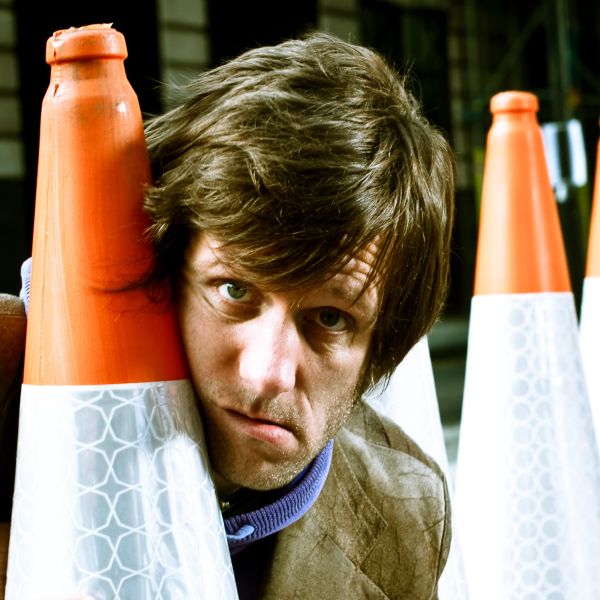