Rick Wood says he’s a socially awkward stand-up comedian who entertains audiences with his music, daft one-liners and observational anecdotes. For this year’s Edinburgh Festival Fringe he’s decided to team up with a partner to produce a sketch show.

“My show this year is a first for me – my previous two shows were solo stand-up comedy. This year I’m teaming up with an actress called Victoria Cansfield and creating a sketch show called This Show Has Nothing to do With Penguins.

“True to its title, it is a sketch show full of puns, twists and bizarre characters that does, indeed, have no mention whatsoever of penguins. I felt that this was a message I really wanted to give with this show – that is has nothing to do with penguins.

“I met my co-performer when I was performing at last year’s fringe – she was visiting a friend and I just said to her “I want to do a sketch show next year,” and she said “me too.” The rest, as they say, is history.”

“I really like how well organised Alex Petty is at this whole Edinburgh thing, I feel safe and reliable as part of the Laughing Horse. I think it has a higher quality of shows than I have seen in the other free fringe too, so I inevitably wanted to be a part of it.”

“My mates at uni kind of pushed me into it. They said I was funny and I should give it a go. After shaking and sweating at the side of the stage like crazy, I went on and enjoyed it. I had a lot of mental health problems when I was younger, and am still struggling with them – and I found entertaining other people and making funny out of each situation was the way I moved forward, so it became a natural progression that I wanted to do this for a living.”

“My best is probably when I was around a year in and I won Beat the Frog in Preston. It wasn’t just that I’d won – it’s that the other acts were doing okay, then I came on and stormed it, with pretty much every third joke getting applause. It was an amazing feeling. I even had a woman afterwards ask me to autograph her breasts. Unfortunately, my response was “but I don’t have a pen.” Swarve.

“My worst is probably experiences I’ve had with other acts. I don’t want to name people specifically or go into too much detail, but whilst I have made some great friends through comedy, there are also a lot of bitchy people in this industry. I’ve thickened my skin a bit now, but when I got a huge barrage of abuse a few months in it very much dented my confidence.”

“Andy Kaufman and Jim Carrey. I’d have liked to have interview Andy Kaufman as I just loved his kind of humour – I take great influence from him. It’s the kind of comedy where you can never quite tell when he’s joking! And Jim Carrey, simply because I grew up watching him and he is my ultimate idol. I even got banned from impersonating him when I was in four years old! 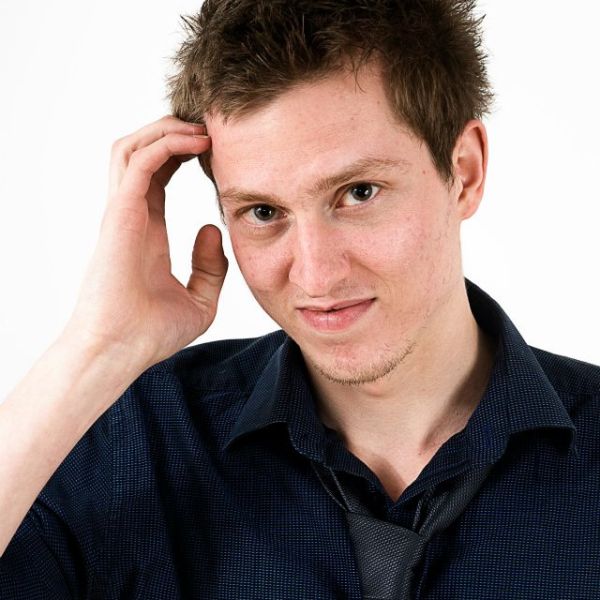