Although my comedy is clearly rooted in the confines of stand up, I’m far west from the mainstream, so have no clear path to follow.

I always get the same advice, “find your audience.”

So now I will.

Holding a series of ‘focus groups’ across the country, armed with a wall of mug shots, notes and very scientific detailed analysis, I will be performing my show while gathering valuable feedback; learning everything I need to know to truly define and ultimately find my audience. From calculating the statistics of where my audience likes to sit, to extracting their deepest passions, every bit of information contributes to honing into my exact target demographic, with the hopes of creating a flawless Eryn-Tett’s- audience-attracting ad campaign.

It’s a unique concept for an Edinburgh show. But how do describe your comedy to people who are yet to find you?

It’s a bit off-beat with mostly short jokes and little observations. Someone once told me, “all your jokes seem like thoughts you had at 3am.” Which is not far off. I like to play with words and put images into the audiences minds. I mainly love to twist and transform the energy in the room. If there’s an uncomfortable moment I’ll dive into it, real hard.

Born and raised in Singapore, you moved to the UK at 18 to pursue comedy. You have since lived and performed in New York, New Zealand and in the summer of 2018 joined the London scene. How do audiences differ across the world? Do you adapt your material to accommodate different cultures?

Audiences differ even in what part of England you are! I think it just depends on the city you’re in and what their deal is. Some places can be really open minded and up for it, and other’s really make you work for it. I think I have a general idea of which cities I prefer to play, but you can always get tricked! Sometimes I walk in thinking it’ll be great and it’s a struggle and sometimes I pre-judge a bit too harshly and they end up being amazing! I like to joke that if my gig is close to a train station I’ll be okay. Anywhere that’s down a winding drive I start to panic. But again I’m not sure if that’s true or if Im just traumatised by one gig I did in an empty school gym in the middle of nowhere (Cirencester.)

I like to think my comedy is all about being inclusive. I don’t really have any identity based jokes or use any cultural references. Mostly because my cultural upbringing is generally very different most people- my references are all a bit skewed no-one would know what I was on about. So instead I’m just pointing out things we’ve all seen or can imagine and sharing it from a different perspective. It’s something that everyone can get involved with no matter who you are or where you’re from- you just need to open your mind and play along.

You’re really bad at pointing. Where did you learn to do it like that?

You’ll have to come and see me and I’ll show you!

Can’t miss a beat with self promo!

Eryn, what other comedy escapades do you embark on and where can your loyal fans find you?

Well! Along with stand up I’ve been making some silly videos for a while now! I’ve made it to the Funny Women Comedy Shorts Awards shortlists in 2020 and 2021 with my videos.

Link: The Foxes F*ck on Wednesdays

As well as winning ‘October’ for the Fulwell/5050 competition with my video: (made with Shyma Mukred)

And this year one of my videos was picked for the BBC Upload festival featured on BBC iplayer!

You can follow me on Social Media or check out my website. I share reels, up coming gigs, and photos in wigs (in the day Im a hair model- a whole other story) so come check it out: 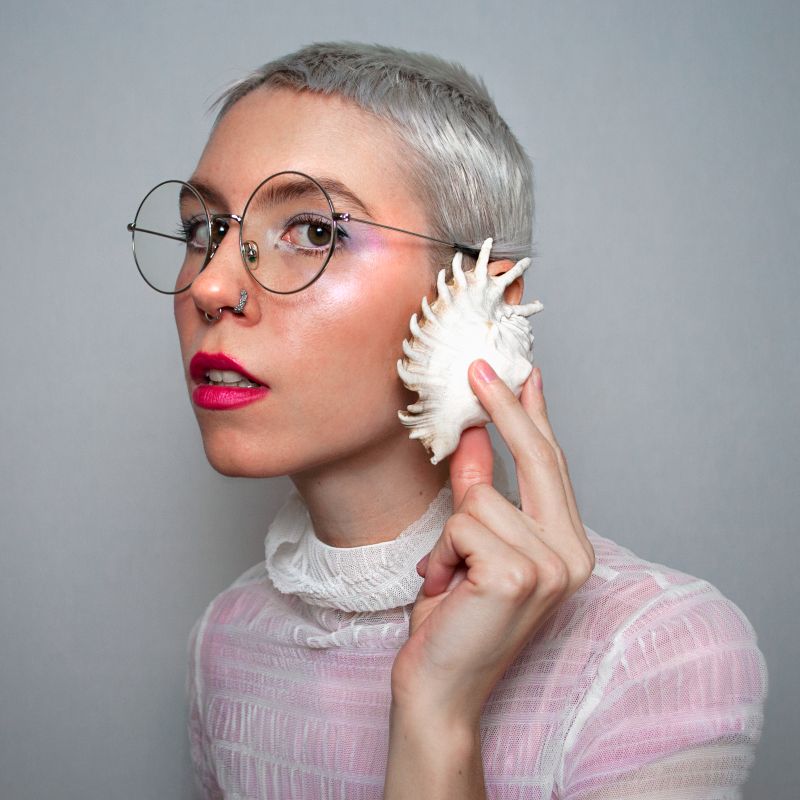