As the title suggests, it’s about friendship! Particularly, it’s about a male friendship that has informed my life. But there’s also one large story about how I started doing comedy. It’s fun, there’s lots of jokes, and a narrative that will hopefully keep you all laughing and guessing.

I think I’ve got something special with this show: my goals are just to have as many people as possible in my venue. Whatever comes from that is great, but I want to put on a fun show every day. I also expect to be exhausted but in a good way for once.

Comedically there’s a bunch of American comics who have made solo-shows I admire. Mike Birbiglia, Hasan Minhaj, Jaqueline Novak, Chris Gethard, the list goes on.

Outside of that? I enjoy the collected works of Stephen Sondheim. Does “collected works” sound pretentious? He wrote musicals and I enjoy those. My parents also inspire me. I have a close relationship with them despite what you might have heard about…every other comedian.

For me, when I have a show, my whole day is centred around that time. I write more diligently; the creative part of my brain gets going because I know I have to be creative later. That’s what I missed the most: the whole day leading up to that set of knowing I’ll need to be “on” later and acting accordingly.

Gabe, you’re also hosting a compilation show at 11pm at the same venue. Why would you do this to yourself? You’re going to be exhausted all the time. 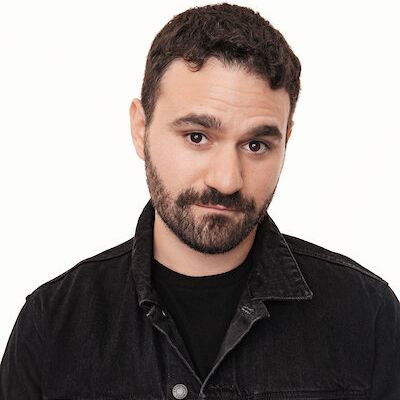