Matt Price may look like the bloke who has been sent over to fix your radiator, but he’s also a craftsman of funny stories and master of friendly audience banter. He tells the sort of jokes you’ll be trying to tell your work mates the following day. Martin Walker asks about his 2014 Edinburgh Fringe show.

“It’s called, The Maryhill Dinosaur. It is inspired by the true story of a man I knew who lived in Maryhill near Glasgow. His name was Arthur and he believed that he was a dinosaur. It’s a bitter sweet story that I have wanted to tell for a very long time. If the show was a music album, it would be the main track on the album.”

“I’ve known Alex Petty for years and he was able to offer me an intimate room which will suit what I do.”

“I was writing about boxing that for various reasons, wasn’t published and decided to take to the stage to tell some of the stories of the people I met along the way. I liked it, mostly, and decided to stay with comedy.”

Tell us about the annual Cardiff Comedy Festival.

“The Cardiff Comedy Festival started 5 years ago. It was just me and few friends who wanted to bring top quality comedy to Cardiff. We started in the room above a pub and ended up a few years later in a 1600 seater venue with the finale that I was lucky enough to host.”

How did Natural Born Storytellers get started?

“Natural Born Storytellers began when my good friend Michael Kossew approached me telling me that he really want to run a story telling night but wasn’t sure how. I was equally clueless, but between us we have managed to create something that we are both very proud of. It’s a very special night. A year down the line and we have festival invites including Shambala, Spain and we are looking at South Africa next year.”

How did you find yourself supporting Stephen K Amos on tour?

“Stephen saw me at a gig at Trowvegas in the South West and asked me if would open for him. He’s honestly one of the best comics at working a room that I have ever seen. He can make a big room feel like someone’s lounge. I learned a lot. And I don’t have any gossip. With Stephen what you see is what you get – a very genuine, nice guy who is brilliant at what he does.”

You’re currently writing a book. Tells us about that.

“I’m ghost writing a book for a former criminal. I have been given some amazing insights into the criminal underworld that I would never have imagined. Although I don’t have any gossip about criminals either, which is probably very sensible.”

“The worst experience was definitely May 2013 and a failed Comedy Tour of Turkey that me and my colleagues were told was being run by criminals. I was out there for six weeks and it was terrifying, but I learned a lot about myself.

“The best was coming back to the UK and writing an impromptu show about it last year and despite various threats, making it a success in Edinburgh.”

“I would like there to be a storytelling show on the television and would use some of the best storytellers from our storytelling night in Camden, Natural Born Storytellers. So I would have to choose Michael Kossew, Martha McBrier, Tony Maresse, Darius Davies, Sameena Zehra, Nick Revell, Jools Constant and Paul Ricketts. There are many others who are very good at telling yarns too, that I’ve forgotten.” 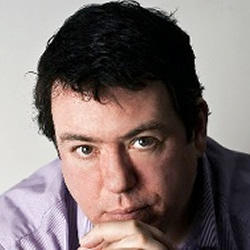