I mean, it’s fairly self-explanatory. I’m not a gorilla. That’s about all there is to it. No, but in all seriousness, it’s this joyful, silly, clownish character piece about a woman who lives in a gorilla enclosure, happens to look very much like a gorilla, and is just gagging to go on a date. It’s entirely auto-biographical. I’m very method, so I spent 5 years living in a zoo to prep for it. Animals do the funniest things.

Edinburgh is a rare opportunity for someone pretty new to the comedy scene, like me, to put on a show for a full month. To be able to spend such a prolonged period of time playing in front of audiences is a real privilege. Honestly, it’s also pretty nerve-wracking. Although I’ve been up for the full month before with largely quite serious ensemble pieces, this is my first solo show and first comedy outing. It feels a lot more like I’m asking audiences to come see me, which requires balls. Although I don’t have them, I do have a very hot and sweaty gorilla costume, which should work just as well.

It’s a super fucking sappy answer, but my mum. She’s my favourite person in the world. Creatively, I’ve watched Bo Burnham’s Inside more times than I care to admit, so he—and that show—have been a big inspiration. And also John Cameron Mitchell’s Hedwig and the Angry Inch. Both of those shows do this gorgeous thing were they tread this delicate line between heart-break and absolute side-splitting laughter, which is definitely something I aspire to.

Ooh so many! And what an opportunity to be able to call out all the amazing people I admire within this industry! I can’t bloody wait to see Frankie Thompson’s Catts or Anna Marie Simonson’s Naughty. There are loads more, but those are the two that are already in my diary.

Gorillas are big and hairy and almost human, which is how I feel a lot of the time. They’re close enough to human that people see humanity when they look into their eyes, but far enough away that we don’t feel too guilty about locking them in cages. To get incredibly real for a second, this is very much how I feel as a fat person. When we see fat folks in media, we are occasionally invited to empathise with them (often in their struggles to become skinny), but more often than not we’re content to laugh at them. I’m interested in asking: what the fuck is up with that? 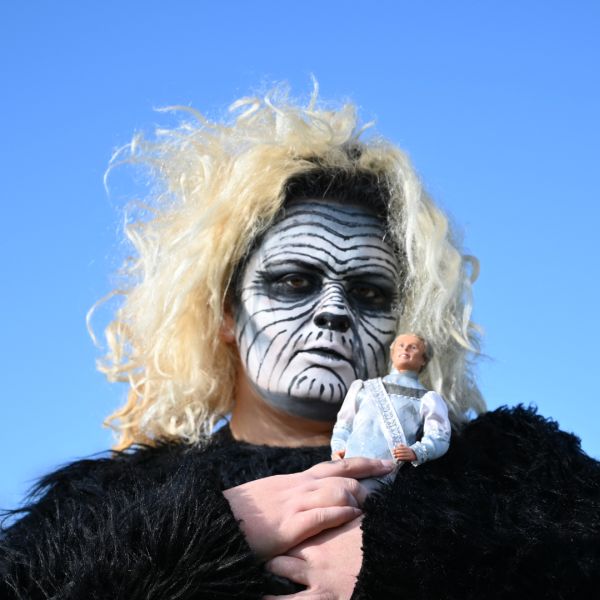