After writing for everybody else in just about every TV comedy you can imagine, Maff Brown returns to the Edinburgh Festival Fringe with his new show, Born Again Comedian. Martin Walker wonders if he’s finally found his voice.

“It’s probably the closest style of comedy to what I have wanted to be like for a long time. Having spent the last three to four years writing one liner quick type jokes for TV shows and other comics, I’ve finally decided that that is the style that I want to deliver. It seems to be my strong point. There will still be some of the old me in there to break up the one-liners. I would say this is the best show I have written so far!”

You write for Shooting Stars and Mock the Week and you warm for various TV shows. Do you prefer TV or live stage work – and why?

“Nothing beats performing live. It’s just you, a microphone and an audience. No producers or lawyers telling you what you can or can’t say. You do get satisfaction seeing a joke you wrote on TV, but that lasts about 3 seconds and then you want the world to know you wrote it. That’s the goals for this year, to get some on my jokes on the tele being said out of my own mouth!”

“It’s an amazing process supporting massive acts like them for two reasons. One, they are not there to see you. And two, they are not there to see you. You have to work bloody hard to win them over and it teaches you how to play big rooms for when your time will come. No gossip I’m afraid other than you get to see why these acts are where they are. They all have outstanding professionalism and drive. They want to be the best they can be. Greg once said to me “If someone told me I was the funniest person on the planet, my next question to them would be, there a gig on the moon?” I know that’s not a funny answer, but comedy is serious business! Jack Dee is bloody lovely though! I’ll tell you that much!”

Tell us about the Outside the Box Comedy Club.

“I started it at the end of 2005 as somewhere that I could have stage time every week. And as much of it that I wanted. Plus, I was always gonna re-book myself. I came at the comedy business with a question. How could I be a professional comedian as quick as possible? The answer was to MC. No one wanted to do it. I now know why! When you become bloody good at it, promoter’s/producers only want to book you to MC/warm up. It’s a good grounding and an amazing skill to have.

“I recently went to Afghanistan with Al Murray and we chatted about how most big acts from his generation or the last five years all started as MC’s.

“Anyway, after three and half months of running the club it won the chortle best small venue award. Which opened some doors and before we knew it we had a reputation for big names coming down to try stuff out. Frank Skinner was first and did 10 weeks in a row. On one night the middle section was Omid Djlaili, Al Murray and then the Hollywood star Robin Williams.

“In 2009 I was going to close the club as I was now a professional comedian and didn’t really have the time to run it. My girlfriend used to come to the club all the time as a punter and really didn’t want to see it go. So she took over the running of it and grew the business into what it is now. I very rarely have anything to do with it now. I obviously perform there because in my opinion they are some of the best clubs in the country.”

Well that’s a hard question because it means leaving a lot of brilliant comics out! I’d also go for some acts that the public wouldn’t have heard of as they wouldn’t really fit mainstream TV, but here goes. 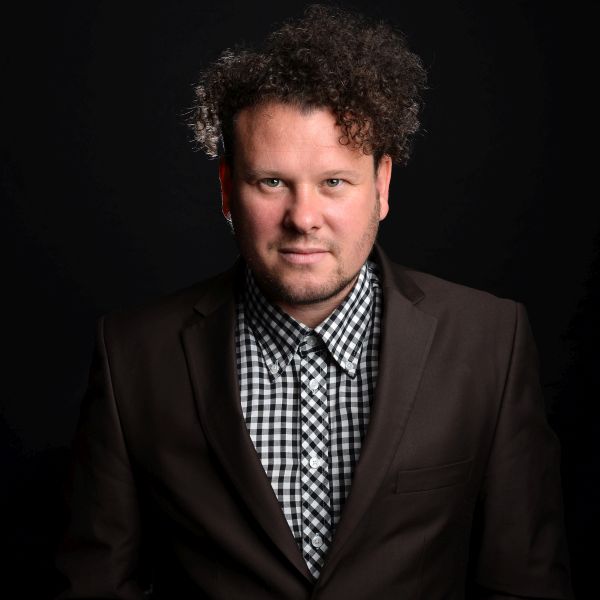