Edinburgh Festival fringe show, An Hour of Ian was the winner at this year’s Dave’s Leicester Comedy Festival. Bereft of an exciting name or personality, Ian Hall dreams of being called ‘a real character’ but really just pretends to be a plethora of people he made out of his brain.

“An Hour of Ian is a slight con as it’s basically only 59 minutes with a lot of padding.

“It’s got lots of characters that include Ramon Le Tigre, Blake Incarcerated – Cleethorpe’s Favourite Communicator with the Dead, Randy Brookside and the gravity challenged – i.e. he falls over a lot… Plus guest appearances from Geri Halliwells and Jon Pertwee, the man with the world’s longest catchphrase.”

“I really like the fact they are the new kid on the block and have relatively few acts / performance spaces, so I feel well spesh. It has a genuinely exciting vibe about it and they well enthusiastic. It just feels right, rightness is where it’s at.”

“Be great if it was a career choice but it’s not got to that level yet. So I guess it’s a calling. It’s calling to me more than God to be fair, although I like the word cassock. I do like to make people laugh and the more the better, seems a shame to waste material on the bloke at Bargain Booze when I could do it on stage with a mic.”

“I don’t think I have really. I’ve had exactly four people walk out, in two different shows, but it wasn’t just my fault. Except the one I accused of being asked to get off a bus for repeatedly ‘doing herself’. In the end, it was for the best.”

“Ideally Woody Allen but the 1960’s version, he is my favourite stand up of all time, particularly the ‘Kidnapped’ routine, it’s genius. And Frankie Howerd, Frank Sidebottom and Basil Brush. Slightly more grounded in reality, Harry Hill, Stewart Lee and Sean Lock would make me especially overjoyed. Or seeing Vic Reeve’s Big Night Out all over again, replete with all of Bob’s ultra- smashing characters, Greg Mitchell the gorgeous sandy-coloured Labrador reigning supreme.” 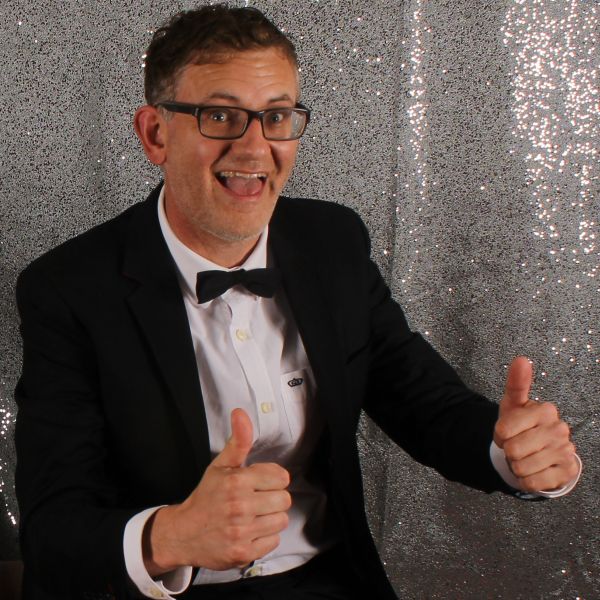