2 Mouthed Men are a comedy duo made up of us – best friends James and Daniel. Equipped with an unbelievable amount of different musical talents, we blend music and comedy in a way unlike anything you’ve heard before.
This is a comedy duo like no other − it’s like mixing the hilarity of a stand-up set with the musicality of your favourite band (and a tasteful amount of beatboxing).

Through their original songs, beat-centric sketches and contagious cheer, the 2 Mouthed Men (i.e. us) won’t stop until everyone is moving, grooving and laughing along.

Ready to mix zany subject matter with honest reflections of modern life, the show balances the introspective with the hilarious, delivering laughs and beats every step of the way.

These men (us men) are on a mission to make you smile – whether you’re seven or seventy, or any age in between. You may come for the beats, but you’ll stay for the boys!

This is your third Edinburgh Fringe. What are your expectations this year?

This year intends to be bigger and better than our previous 2 trips to Scotland. Most importantly, we’re excited to be performing with Underbelly, in our largest venue to date (110 seats – not terrifying at all). As a result, everything is bigger – the posters are bigger, the budget is bigger, and even the sick beats are bigger.
So more than anything, we’re excited! We’re excited to share this show with everyone and get back into swings of things are two years away from Edinburgh.

How did you guys meet? What made you want to share a stage?

We met at university on our first night of Freshers week. We immediately bonded over being in the same class, then a few hours, and drinks later we discovered we were both beatboxers!

Move forward one year later, James wasn’t paying attention during a lecture, when he suddenly had a lightbulb moment. He leaned over to Daniel who was paying diligent attention and suggested that we form a double act based around our love for comedy and beatboxing. Not only that, but we should call the show 2 Mouthed Men.

What a stupid idea.

After some convincing, Daniel was on board and the show was booked. We then presented our first ever show in front of our fellow students as part of the Drama department’s yearly festival of new work. We brought on our Producer Harry to help with the marketing and technical side of things, and the show was an absolute success.

After the show someone, can’t remember who (It was Daniel), whispered just one word to the group… ‘Fringe?’

And the rest was history.

Were you able to work together remotely during the pandemic? What was it like first getting back on stage after the lockdown?

Sadly, we were not able to rehearse during the pandemic! Beatboxing and making music over a zoom call isn’t that easy!
Our first gig back was also the delayed finals of the Musical Comedy Awards in front of our biggest audience yet – so no pressure at all. It was daunting and scary, but also so much fun to be back in front of an audience again.

Are we excited to be back in Edinburgh this August? 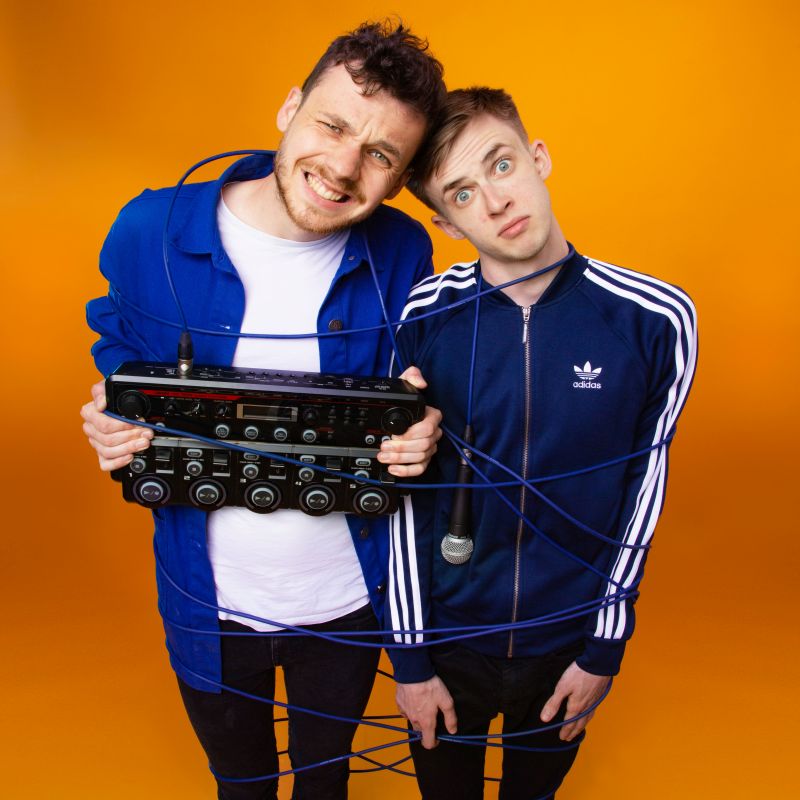