We’ve been performing sketch comedy as a duo for 14 years now. This show is a collection of sketches, old favourites and new Hail Marys, all woven into something kind of wild and personal. It’s hyper-paced, meticulously rehearsed, genre-crossing, and utterly exhausting to perform. We recommend seeing it before our third show because we absolutely will have lost our voices by then.

This is your Edinburgh Festival Fringe debut. What have you heard about the Fringe? What are your expectations?

We’ve heard that it’s chaos and we are here for it. We’re most excited about being part of this collection of insane artists putting in the blood, sweat, and tears to fight for their shows. You can get a little comfortable when you move to Los Angeles, getting paid to work by yourself behind a laptop, and forgetting that the joy of creating is all about the hustle and the uncertainty and the connection with others. Basically, we’re excited to kick our own ass, hit the boards again, and get in the trenches with the international artistic community.

Your online videos have amassed over 50 million views. That’s 10 times the population of Scotland! Tell me about your online stuff.

We started making videos right at the tail end of college. Nick went to acting school and Brian went to film school, so we decided to push our brains together and turn into a two-person writing/directing/performing/editing operation. We love it. It feels like our own place to make exactly what we want, when we want, without fear of studio notes or sway of any monetary reward (though it’d be nice if there were SOME monetary reward). It’s truly us playing in our own sandbox. The funny thing is when we started in 2007, people kept trying to steer us away from doing it, as the internet was “no place to start a career”. Cut to now, where nobody would ever dream of telling a young creator not to put their stuff online. What we’re saying is we bravely paved the way for modern artists to share their dick jokes on a global platform.

You’re Emmy nominated writers, actors, and friends of two decades, hailing from Atlanta, Georgia. But where did the name BriTANicK come from?

Look. We were 20 years old. We thought we’d make a few videos and that’d be the end of it. So, we just slapped our two names together with the word “Titanic” for literally no reason. We’re not boat themed, we’re not Brittanica themed, it doesn’t make any sense. WE WERE TWENTY YEARS OLD. We didn’t know we’d be in our mid-thirties still having to say out loud, “Hi, we’re BriTANicK”. But now it’s too late to change it.

Nick, is it true that Brian wrote all of these answers because he’s single and wanted to make himself seem more attractive to girls at the Fringe?

Follow-up question, what do you like most about Brian?

How, despite the rumours, he actually kisses normal and not weird. 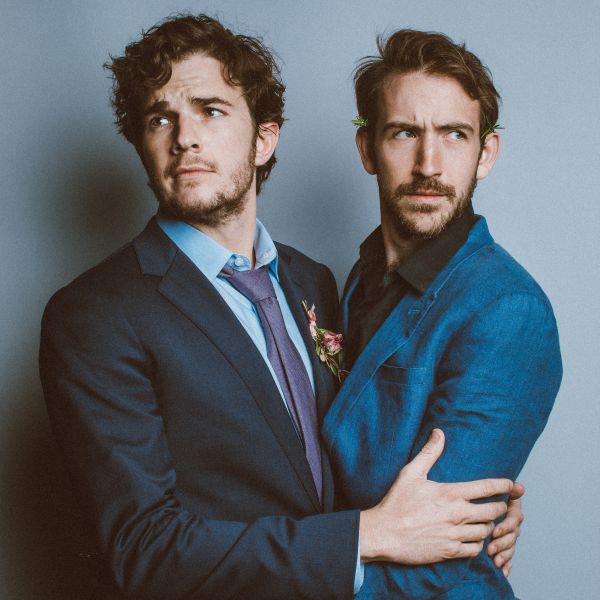