Good morning Mr Harris. Please can you tell me about your 2022 Edinburgh Festival Fringe show, Teaching Teachers How To Teach?

Morning! The idea of the show is that in the time it takes to teach a lesson, I can teach the audience how to become a teacher.

Who needs weeks and weeks of pedagogical theory when I can give you, in under an hour, key bits of information like how to avoid answering pupils’ questions and why a really long tie is slightly less disruptive than a dog in a playground? You won’t get that in a PGCE. (Possibly for good reason).

How did the transformation from teacher to comedian take place?

Have you had former pupils attend your shows?

I had one gig early on in my stand up career where I very much bombed and after my set, as I went to make the swiftest exit possible, one of the pupils I taught popped out of the audience to say hello. They’d also brought their mum and dad along which is always fun, especially when you see them at parents’ evening and they remind you of how badly the gig went.

As well as performing stand up, you work extensively as a comedy writer. You’ve written for several TV and radio shows, including Have I Got News For You (BBC1) and The Now Show (BBC Radio 4). How easy is it to write jokes about a government that seems, at times, beyond satire?

Although the government decide to do some pretty daft stuff and, in doing so, feel like they’ve beaten you to the joke, luckily they take themselves very seriously when getting questioned about those daft decisions so there’s always humour in that.

UK politics hasn’t quite jumped the shark in the same way US politics has in recent years so there’s still plenty of potential material to write about every week.

Would you rather be a sturgeon or a surgeon?

Ah, the age old question. It’s a tough one, but if I was really pushed on it, despite the salary benefits of being a qualified and practicing doctor, you’d have to be a monster to turn down the chance of boosting the population of one of the most endangered group of species on the Earth by becoming one of those slippery fish.

Plus I don’t think I can pull off the ‘medical scrubs’ look. Gills on the other hand, whole different story. 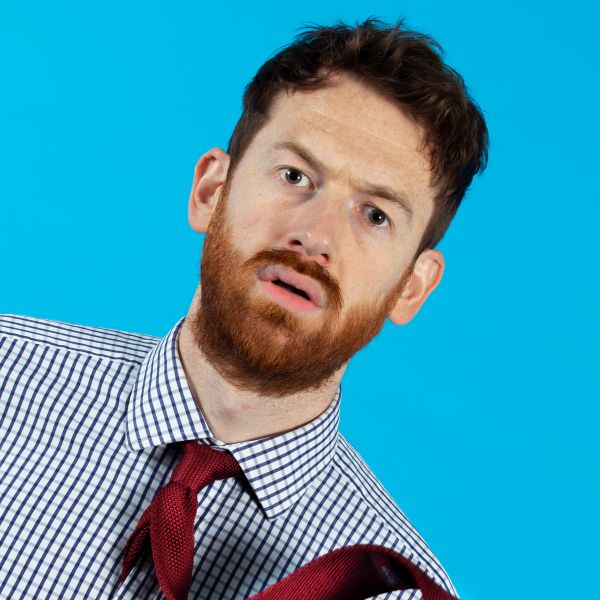