Please tell me about your 2022 Edinburgh Festival Fringe show, Hey, That’s My Wife!

Hey, That’s My Wife! is a comedic spin on the classic works of Tennessee Williams and Arthur Miller that follows two advertising executives, Charlie Moore and Roger Sloan, as they navigate a tale as old as time, who’s sleeping with whose wife? Jam-packed with enough cigarettes and scotch to kill ten horses, this satire of 1950s Americana will have you laughing ‘til you cry. Featuring New York City’s bright young comics, Joey DeFilippis (The Comedy Shop), Matthew Ferrara (Spiderman: Homecoming), Espi Rivadeneira (BBC Reel), Caroline Hanes (Reductress) and Ryan O’Toole (Jerry Springer).

We’ve always been interested in not only travelling, but performing in Edinburgh. It’s a beautiful city with rich history revolving around the Fringe that we find very inspiring. This will be the first time any of us have stayed in Edinburgh, so we’re looking forward to exploring the city and seeing what it has to offer while also soaking up as much creativity and shows as possible.

We are inspired by great comedic acts such as Tim Heidecker and Eric Wareheim, the Mighty Boosh, and Eric Andre. Matthew and I also carry a great fascination with 1950s Americana. The work of Tennesse Williams and Arthur Miller heavily inspired the writing of Hey, That’s My Wife! We wanted to take the conventional vehicle that drives productions as such and turn it on its head.

Yes! We’re very excited to check out Joey Rinaldi’s, Potty Training and Brandon Barrera’s, Here Goes Nothing! while we’re in Edinburgh for the month, as well as any other shows we end up stumbling in to as we explore the city!

Who is your audience?

Going into our previews for Hey, That’s My Wife!, we were unsure how the subject matter of the play would fare with audiences from our generation, while the crude and explicit humour would fare with audiences of the older generation. We never got a true gauge for the writing and jokes (as we were rehearsing in my living room in Brooklyn, NY with no audience for six months).  During our first preview at The Grisly Pear in New York City, we heard the laughter of old relatives, as well as young people just nearing their mid-twenties. It was after that first show we realized we had something that spoke across generations and carried humour that anyone could enjoy whether they were a teenager during Jimmy Carter’s Presidency or born just before the year 2000. We’re very excited to see how it fares with audiences in Edinburgh. 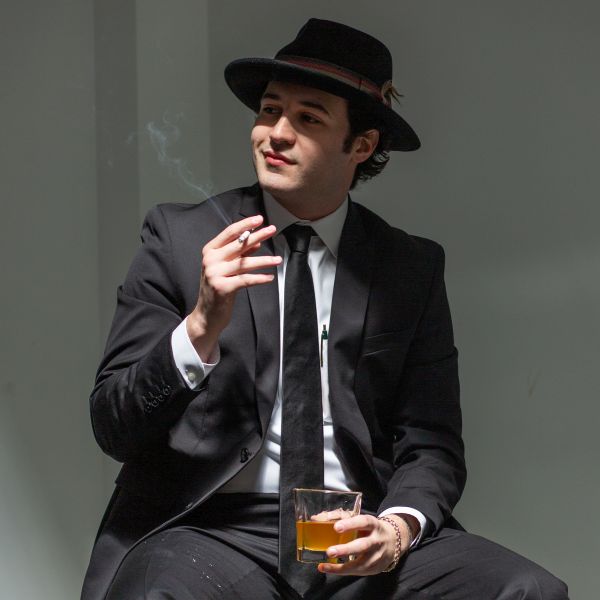