It’s a standup show about dealing with loss, which is an unusual topic for a comedy, which is why I wanted to explore it. In my case, I lost my parents: one to cancer and the other as I broke contact to end their narcissistic abuse. The two events happened within a few months, though the fallout has lasted three years, and I’m still trying to get my head around it. But going through my dad’s illness and the lengths it took to untangle the mess with my mum taught me big lessons about love and relationships. And there was humour to be found in the ridiculousness of it. Families, eh? You can’t live with them and…I think I’ve made my point.

For those that know you best as one half of popular double act, Doggett & Ephgrave, how do your solo shows differ (apart from the obvious)?

Ha: “Popular”. There’s a definite crossover between my work with Glyn and my solo stuff, particularly with our audio-visual material (you’ve got to love a bit of projector action), but what I do alone covers more personal subjects. Put simply, my solo material is usually about stuff that happened to me, and Doggett & Ephgrave’s is about things we’ve seen.

You’re a stand-up comedian, writer, actor and musician. What’s your first love and why?

Like a dad with his children, I love them equally (except for writing, which is the pain in the arse I’d deny all paternal links to in public).

The trick is to not spend too long doing one thing, as I am always happiest when I keep switching between genres. But music is the one that touches me deepest. Comedy is inevitably more throwaway though I still care about it passionately. Jokes have always been my kneejerk reaction to social situations, which I make without thinking. It’s a blessing and a curse. Actually, no, it’s just a curse.

Tell me about More Than Mostly Comedy and The McCartney McAlphabet.

Both podcasts were happy accidents. On More Than Mostly Comedy, Glyn and I interview acts who’ve played our Hertfordshire club Mostly Comedy (initially backstage though we did a handful in front of a live audience too). While it was always fun to do, the podcast came into a life of its own when Covid-19 hit. All the club’s live shows were cancelled, so we switched to Zoom, where we continued interviewing a long line of well-known comics while people watched live and could even suggest their own questions via the chat window.

The list of MTMC interviewees is pretty ridiculous, covering everyone from Rory Bremner, Katherine Ryan and James Acaster to old-school favourites like Paul Daniels and Bobby Davro. It’s a privilege to talk to them, and the kid inside never fails to be impressed by who we get on it.

The McCartney McAlphabet is a labour of love I started with my long-term actor/musician friend, Clary Saddler, in 2021. We’re both big Macca fans who feel his post-Beatles career is often unfairly overlooked. In the series, we gradually work through the alphabet, with each episode built around a chosen letter. We discuss albums, songs, films or band members whose names begin with that letter, which helps keep the content broad. It’s not endless praise, though, as tracks like ‘The Girl is Mine’ are pretty unforgivable.

Ain’t No Pleasing You (which is relevant to my show when you come and see it). 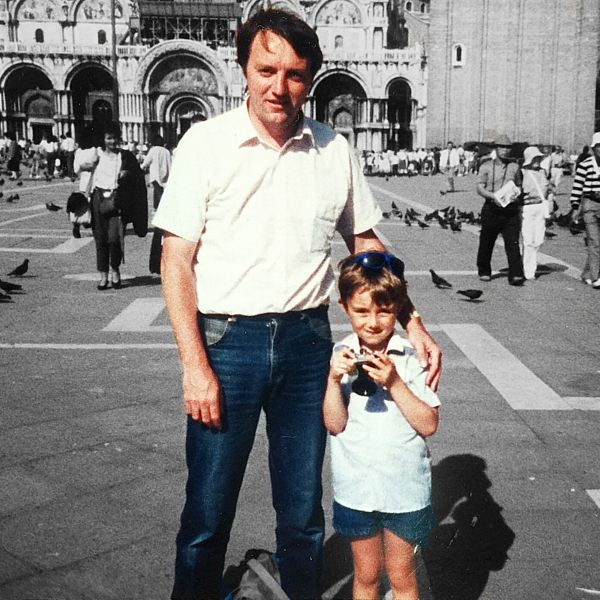