Jo Burke is an established Stand-Up and Character Comedian, perhaps most famous on the circuit as her Alta ego Mary Magdalene. Born and bred a South East Londoner, her school careers lesson consisted of a talk by a women who worked the tills at Tesco. Martin Walker finds her preparing for the Edinburgh Fringe.

“I am taking not one but two shows to Edinburgh this year. It’s not buy one get one free cos they are both free! I am hugely proud to be part of Freestival this year. They’re the new kids on the block free fringe organisation and completely brilliant. My first ever solo show ‘Burke Shire’ is a dark multimedia character show. Could also be called ‘Woman versus Laptop’. Let’s put it this way – I am not very technical and my show is! I am an idiot. I am also one third of sketch group FunBags. We’re taking ‘FunBags a Go Go!’ up too.

“FunBags are Gemma Layton, Jacqui Curran and myself. We’ve been working together on sketches and comedy songs since 2010 and love every minute of it. This year will be our third Edinburgh show.”

Live comedy, whether in character or as yourself, solo, or with a troupe can be a scary business. But it can also bring great highs.

“My best live experience was when my character Mary Magdalene accidentally hit a fourteen year old full in the face with her giant Tenalady in Edinburgh. My worst experience was playing a massive football bash where they had put the stage so far away from the tables it felt like performing at the O2 without any screens. Really tough gig when you can’t see the audience or hear them and they can hear but not see you. Sort of comedy hide and seek. But that makes it sound fun and fun it definitely wasn’t.”

There a so few chances for character comics to get on TV, especially with the axing of BBC3

“BBC3 is a sad loss being one of the only springboards for emerging talent. Where will we go now ya buggers?”

As for the BBC edict forbidding all male panel shows, Jo is not conviced.

“Panel shows, or in fact any show, should have the best comedians available on them regardless of gender. There are lots of men and women I don’t find funny. But I don’t think they’re not funny because of their genitals. Although I do find genitals funny… I’ve wandered off the pointed haven’t I? Soz.”

So what would Jo do if she were curating her own stand up show?

I prefer character acts and cabaret to straight stand up. So I would have my main character Mary Magdalene hosting it and invite the hilarious but sadly less well known (coz they’re not on telly but should be) Henry Von Stifle, Mercedes Benson, Madam Magenta, Lawrence Owen and Darren Walsh on.

Darren is not a character act. He is a ‘man in jeans’ stand up and is about eighteen feet high and hilarious. Thinking about it Darren is prone to wearing chicken costumes which probably explains why I like him! We all get fed up seeing the same faces again and again on our screens and would welcome a batch of new ones to get fed up of. My sole aim in life is for everyone to get fed up of me. Pretty sure I am winning…” 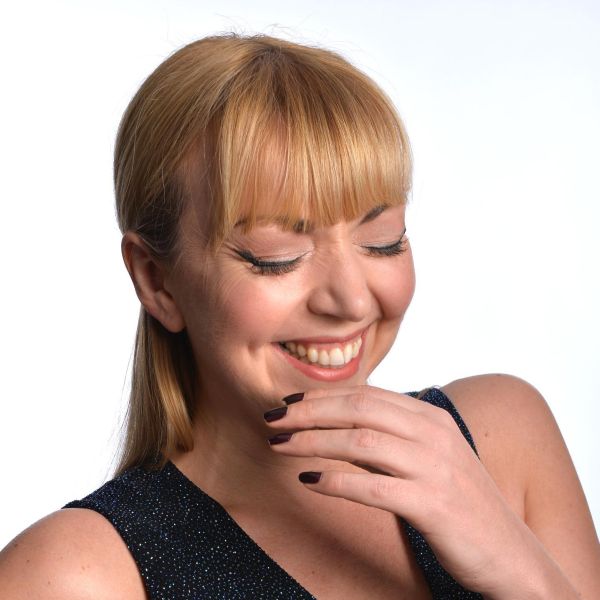