Paul Foot is known for his wild and eccentric brand of stand-up comedy. Difficult to categorise, he has developed a cult following of fans known as the “Guild of Connoisseurs”. This year he is performing in his tenth solo show at the Edinburgh Fringe Festival.

“My new show is called Hovercraft Symphony in Gammon Sharp Major. It’s about taking things to the next level.”

That being the case, perhaps he won’t mind if I get a bit personal. I ask him if he has any regrets.

“I wish I’d taken a more hands-on role in the Latvia hairspray massacre but you have to remember people were funny about tiger talk back then and I was a novice with flammable conditions. I kept myself stored away in a cool dry place, but I was only cheating myself. There was a serious amount of frogspawn going into that soft drinks production line and I chose to turn an eye blind. Still water under the bridge. Or sparkling in this case.”

Given that Paul has connoisseurs rather than fans, it is clear that he places a particular value on good taste. I ask him why this is the case.

“On the contrary some of my connoisseurs have awful taste. Connoisseur Valerie has been coming to my shows for years in her auntie’s vaginarees. In some lights she can pass them off as dungarees, but we all know in our hearts what’s she’s up to. Then there’s connoisseur Basil who insists on bringing his homemade tarantula trifle with toothpaste topping. How is that good taste? It tastes like the floor of a Vietnam shower shop. They used to have one of those on every high street, remember? Now it’s all pans.”

Paul’s shows are known for having an unpredictable quality. I want to know whether his off-stage conduct is any different and, if so, why?

“My shows are the most predictable part of my life because they are scheduled to start and finish at specific times. Unlike, say, pelican smashing which takes its toll at the most unearthly hours. Or deep tissue racism, which is an around the clock resistance.”

There’s very little I can say about that, so I instead ask him who he would include on the bill if he were to curate his own stand-up comedy night.

“It’s all about the big names these days. Barry Goose, Felicity Shitwick, Beryl Gutterslut. Now we’re talking. Colonel Gaddafi’s Tambourine Show has only improved really since his death, especially if you lie him across the front row. Angela Lansbury doing Plato pilates never fails to erase a smile. Have you ever made an audience sit in silence and just watch a half-eaten cheesecake? The old ones are the best.” 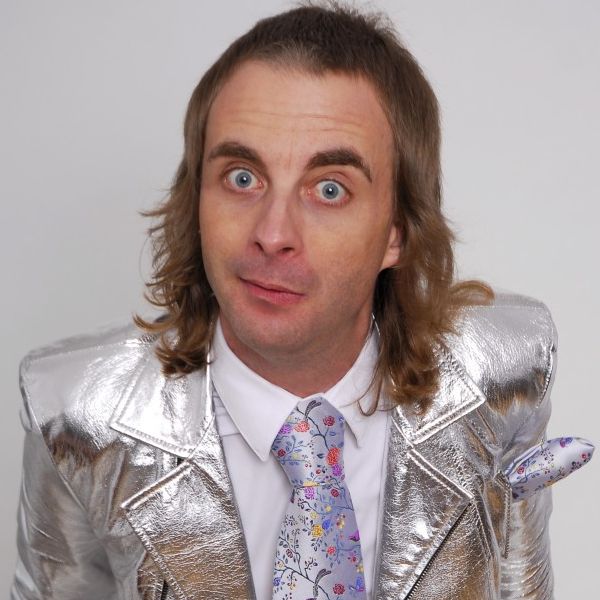