According to the Daily Mirror, Scott Capurro is “evil, and should be forced to leave the country”. Fearless and outrageous, Scott has performed at the Edinburgh Fringe Festival more times than he cares to remember, earning himself fans and enemies in equal measure.

What is the story behind “Islamohomophobia: Reloaded”? Is it a sequel?

I was struck down with illness by Allah last year, and had to cancel my Edinburgh Fringe run. I’m assuming religious fundamentalists cunts are still homophobic? Great, then on we go.

Are you at all concerned about reprisals from Islamic fundamentalists?

I invite them. I’ll chop your head off, motherfucker. More to the point: In an elected democracy, anyone can protest. So bring it bitches. Let’s see what you’ve got. I enjoy open discourse, especially when I have the microphone.

Do you have any sympathy at all with those who oppose gay marriage?

I did until I saw their photos. Why is it always the plain ones?

Would you like to suggest any solutions for the current crisis in Crimea?

Buy warmer jumpers and be nicer to the U.S.

If you could curate your own stand-up show, who would be on the bill and why? 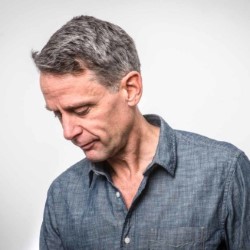