Ever wanted to heckle Jesus Christ? Maybe just ask him a little question? Well now’s your chance. Award-winning Australian Josh Ladgrove brings his improvised performance to the Edinburgh Festival Fringe, where you, under the watchful eyes of God, get to heckle his son.

“I play the character of Jesus Christ attached to a makeshift crucifix. I invite the audience to heckle me. The audience then heckle me for the next 50-55 minutes. Sometimes they ask questions and I answer. It’s a lot of fun.”

Do you describe yourself as an atheist?

“I describe myself as an idiot. Probably agnostic. I’m fairly sceptical about anything that requires blind subscription to dogma, atheism included. Sometimes atheists are equally as rabid as hyper-conservative fundamentalists. I think it’s important to remember that absence of evidence doesn’t necessarily equate to evidence of absence. Having said that the probability that God exists is most likely very close to zero.”

Can religion be a force for good in the world?

“Almost certainly not, though there are always exceptions. You don’t need to have faith to be a good person, which is probably the most fundamentally important thing a human being requires – to be a good person. Having said that there is much wisdom in all the major faiths, so I see no harm in cherry-picking the good bits, and leaving the absurd bits on the shelf.”

Is it true that you had problems performing the show in Adelaide?

“I’m not sure I’d label them as problems. I had a small but vocal minority kick up a disproportionate fuss without bothering to understand the nature of the show. In doing so, these people inadvertently created a media storm that saw the show become an immediate sell-out success and one of the most talked about shows of the Fringe. In that regard, it was great! The only problem was having to hire security after some particularly fervent people wrote some nasty things about what they might theoretically do to me – very Christian of them. Even that though added a certain element of theatricality to the event, so it was a fun experience.” 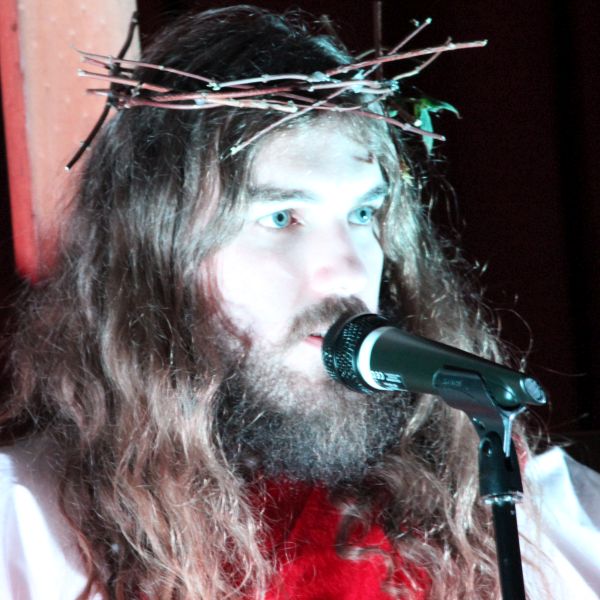