Tell me about your Edinburgh show.
It’s a show about food and drinks and how Italians are GastroFascists™, whilst English people are totally not passionate about their food, which can be lovely. I’m taking the piss specifically of English people, so I hope to rally some Scottish support. This particular type of show will not travel outside of the UK border. Ironically, it’s a very English show!

Tell me about your first gig.
It was 18 March 2012 small gig in a now-defunct Princess Alice pub near Whitechapel in East London, part of the small circuit called Comedy Bin. Rob Whitworth was the MC. I talked mostly about wanking, because I didn’t know what hack meant and because in Italy sexual stuff it’s still a big taboo (Thanks to the Catholic Church!). I thought I was groundbreaking. Overran my 5-spot by about 3 mins. Real audience was laughing, whilst comedians were tutting and shaking their heads. Hilarious!

Do you have any rituals before going on stage?
Not particularly on normal gigs, but when I MC, my go to music album is “Appetite for destruction” by Guns n Roses and I always enter on “Welcome to the Jungle”

Tell me about your best and worst review.
Never been reviewed as such (managed to keep a low profile by not getting to competition finals), but I was given good words by Copstick in a John Fleming blog. Chuffed about that.
Can be read here: https://thejohnfleming.wordpress.com/2014/12/19/in-order-to-speak-and-perform-italian-language-comedy-you-have-to-live-it/

During this Edinburgh run, do you plan to read reviews of your show?
I genuinely hope to get one. I think I’m decent on stage but I’m dreadful at the admin side of comedy. And if I get it, yes, I’ll read it ASAP.

How do you feel about reviewers generally?
It depends. If a reviewer is good makes me want to buy a ticket. Copstick I adore (same sense of humor). Steve Bennett… I like him as a person but as a reviewer I have mixed feelings about him; I want to like him but sometimes he makes me sad. There’s another Chortle guy who should be sued for misunderstanding every single show (not saying the name cause I’m genuinely afraid to get him to review my show!) The Guardian guy, Brian Logan, I genuinely dislike; he hasn’t written a single review I agree with. The kids off Uni with half an English degree who know too little about comedy make me cringe. Please, make them stop!

In April 2018, YouTube comedian, Markus Meechan (aka Count Dankula) was fined £800 for training his girlfriend’s pug dog to do a Nazi salute with its paw, in response to the phrase ‘Gas the Jews’. Do you believe Meechan committed a criminal offence, and why?
Stupid yet not criminal. But let me add: calling him a “comedian” is an insult to those who put the miles to get better on the circuit. He’s a guy with a Youtube account. And that’s it. I’m deeply upset that with that sentece we set a dangerous precedent for performing arts. Because if you remove context from words and actions, you completely misrepresent it.
The example I like to make is the following: let’s pretend there is a £1000 fine for pronouncing trigger words (like the n-word). If you say that context doesn’t matter, most hip-hop artists would be fined several times to say the word. And I’m not happy about that. Context matters.

Are there any subjects that are not suitable for comedy?
Subjects per sè no, it’s all about who are you “punching”. But let me add this:
I’m OUTRAGED at people who write shows without punchlines! Those are not suitable for comedy. Hannah Gadsby’s show, Nanette, getting massive awards when there are 2 and half jokes in it, makes me homicidal. If you write a Theatre monologue (beautiful monologue, possibly the best I’ve ever heard!) and you bill it as comedy, you are intellectually dishonest. Let’s repeat all together: NANETTE IS NOT A COMEDY SHOW!

Have you ever gone too far?
Yes. I told an French girl who was heckling me to “go back where you came from!”. It got a laugh only because in UK we hate France. But at the same time, it normalises and trivialises the same xenophobic attitude that I criticise in my show. I apologise regretfully.

Looking back over your time as a comedian, tell me about the best gig of your career.
I have no such thing as a best gig. I have a small collection of good gigs. I remember MC’ing two acts off the telly at my open-mic show and both of them telling me: “Why are you still bothering doing open-mic gigs? You are better than that”. That’s a big compliment. I’m 950 gigs in. I think I can become a proper professional comedian. I will go full time pro after this Fringe. Wish me good luck. 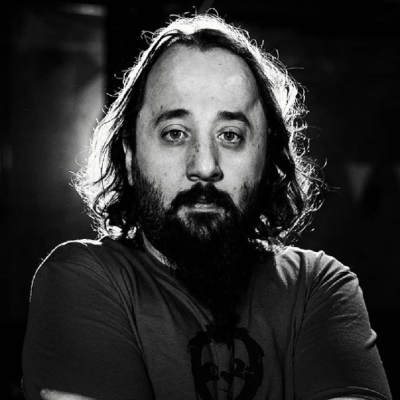