Fresh from appearances on Jonathan Creek and Alan Partridge: Alpha Papa, character comedian Kieran Hodgson returns to the Edinburgh Festival Fringe with a brand new hour exploring his formative experiences on an unforgettable school trip where he truly learnt the meaning of croissants.

“French Exchange is a character comedy/storytelling show where I recreate the French Exchange trip I went on in year ten. There’s a bit of commentary and explanation from me, but I spend most of the show as various people I encountered on my travels – my French teacher, friends, French children, and the rather awkward teenage Kieran. I’ve made no effort to change people’s names so it’s possible that I’m burning a lot of bridges with this show.”

Tell us about your involvement with the production company, Berk’s Nest.

“I would really like to think of myself as a founder member and the Grande Dame of the BN enterprise. I produced my own show in 2012 and it was such a failure – no-one could do lights or music so I just sang a little hymn every time I changed characters and lots of people hated that – that I went in search of cool producing types. Katie and Phoebe care deeply about each show and are with you doing every job imaginable from day one. We had a great first year last time round and it’s been great to see the family expand for 2014, including real stars like Mae Martin and Lou Sanders.”

“If we can just get serious for a moment, I’d like to say that we’re all of us a journey towards finding out what our comedy is like, and that at this stage in the journey I’m at a place where my comedy is providing a safe, warm space for the expression of the many personas we hold within us. Silly voices and a bit of a story. Nothing blue. And I look a bit like David Tennant.”

“Try to look a bit more David Tennant from the get-go as it could well pay dividends with the opposite sex. Vodka and coke might make you more friends than real ale at this stage in your life. Other than that, try and practice the violin a bit more and just keep up the good work, pal.”

“I’d have Nish Kumar as the compere, and then it would have to be Tom Meltzer followed by Tim Vine for a few minutes, then David Elms, Jamie Demetriou, Josie Long, Ben Target then try to arrange a reunion/merging of the casts of Big Train and the League of Gentlemen for some sketches I’d written at the end. Which everyone would hate.” 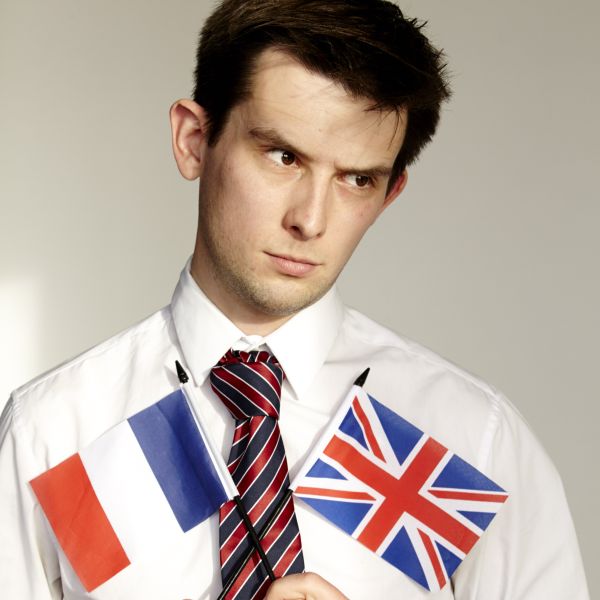