Lizzie Bates is a comedy writer and performer. Last year she won the BAFTA Rocliffe sitcom competition with writing partner Anna Emerson. Lizzie regularly performs solo character comedy. She runs her own night, Hoot, at the Hen and Chickens Theatre. She is bringing her debut solo show, Lizzie Bates: Reprobates, to the Edinburgh Festival Fringe in August.

“My show is called Lizzie Bates: Reprobates. It’s a collection of characters who are fun-filled, everyday rebels – breaking the rules in their own special ways. There’s Paula, who won’t get out of her neighbour’s hot tub for love nor money, Hildegard, the Swiss finishing school mistress with a fetish for fast food, and Judith, the doctor’s receptionist who won’t let patients past without a thumb war. My current favourite is a substance-abusing middle-class mum who’s lost her bicycle, and with it a number of children – not all belonging to her. I’m someone who hates breaking the rules in real life, so I’ve really enjoyed creating these joyously naughty characters.”

You’re a comedian, actor and writer. Which comes first and why?

“With my sketch group, The Boom Jennies, we’ve always performed our own material, so the writing and the performing sort of go hand in hand for me. I love writing something and knowing exactly how I’m going to say that line to (hopefully) make it funny. Having said that, winning the BAFTA Rocliffe prize last year provided opportunities to write for other people which is a brilliant thing. Anna Emerson – fellow winner and Boom Jennie – and I are working on a couple of sitcoms at the moment and really enjoying creating dialogue for loads of different characters, including men. Perhaps the thing that I love the most is trying to make people laugh, whether that’s through writing or performing – meaning ‘comedian’ probably comes top of the list.”

“It’s very silly, fast-paced and jam-packed with loads of different characters and lots of quite extreme audience interaction. I’m hoping that everyone comes out at the end feeling a little bit like they’ve just been at a party where they’ve made some excellent new friends.”

Do you still perform with The Boom Jennies?

“Absolutely. The second series of our BBC Radio 4 series, Mission Improbable, broadcast in June this year. We had so much fun writing and recording it. We’re also booking up gigs and sketch spots in Edinburgh, so you’ll see us together up at the fringe!”

“I think I’d go for Gary Linekar, Robbie Savage and Alan Hansen. Let’s get them outside of the Match of the Day studio and see how well they go down.” 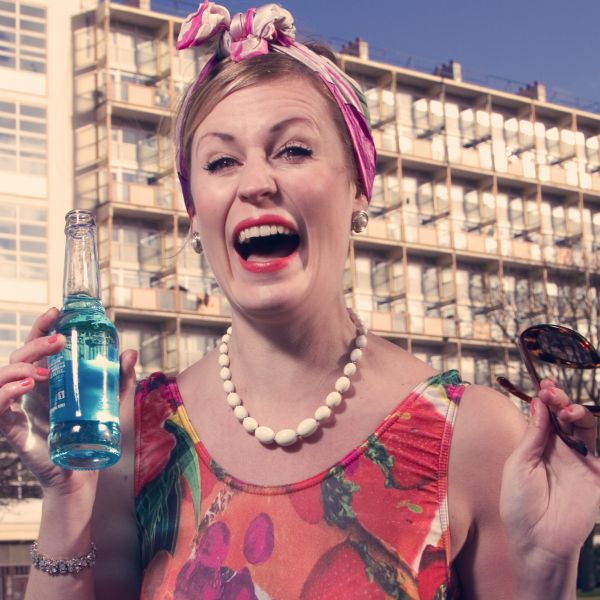