Bursting onto this year’s Edinburgh Festival Fringe with a potent blend of mutual musings, surreal sketches and extraordinary stories, this energetic duo, Carter and Ollerton, will roast your cockles and beguile you through to midnight. Martin Walker talks to Laura Ollerton about the debut of a double act.

“I am one excited half of a new female sketch act and this is our first time at the Fringe as a duo. Won’t Go Quietly is a colourful mixture of sketches with a stand-up feel. We like to glimpse at life and play it back to people with real honesty. Scenarios that people only let play out in their mind, like; What would happen if you sent a hitman to kill a tedious friend? What do pigeons really talk about? Burning questions. Some are surreal, some are ’enlightening’..! We’re fast-paced and characterful; we love telling stories, being weird and getting to know people.”

Why did you choose to perform as part of La Favorita Freestival?

“Well it always had to be free. We might both work full time but we’re not on footballer’s wages yet so… we applied to a couple of the free fringe organisations. La Favorita Freestival are fresh and new with big plans so when they offered us a great space we jumped aboard! Plus we like pizza. I think Naomi has reiterated that in her answer too. We really love pizza. My favourite is pepperoni, if anyone needs to know.”

“My parents have a great sense of humour – we grew up with Spitting Image, The Fast Show, Shooting Stars, all that sort of thing. We’d repeat quotes and do impressions endlessly and none of us have ever grown out of it. Why should you? Making people laugh is amazing! It was about 6 years ago that I joined a sketch troupe as the live sound effects girl and the silliness has continued from then on… Hurray!”

“The worst was probably having to sing a comedy song called Don’t Fuck My Dad Again with my Dad sitting in the front row. A brilliant song – which I can’t take the credit for, but not the proudest moment of my life. Hats off to him for chuckling all the way through.

“My best, I would have to say, is every time Naomi and I have been on stage trying out new material and it’s gone down a storm. There’s no better feeling than people you don’t know going along with your weird ideas.” 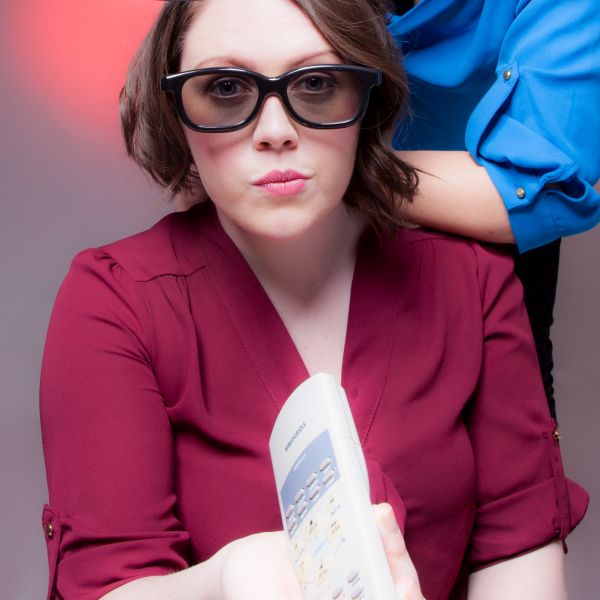