My show this year is all about my first crush, and the terrible emo band me and my mates started in a bid to impress her. It’s also about my nan, although I can’t stress enough that they are two entirely different people.

It’s also more generally about growing up, and how embarrassing almost every aspect of being a teenager can be.

I was a very awkward, ‘Inbetweenery’ teenager. I think it’s such an interesting stage in your life, as everything is happening for the first time, so it feels so humongous. Your first crush, your first kiss, your first time getting drunk.

I’m finding it quite cathartic talking about school stuff, I’m still very close with all my mates from then, and it’s apparently not an option for them to let me forget about any of the cringey things I did back then, so I figured if they’re not letting up, I may as well have a laugh about it as well.

The show is also quite light, I didn’t want to do a big serious show this year, so it’s full of lots of dumb jokes and me just being an idiot. Which I think is fitting with the general Year 10 vibe of the show.

Are you a musician who does comedy or a musical comedian or a comedian that might play a musical instrument occasionally?

If you asked me now though I’d say I’m quite happily just a comedian. I still love music, and really enjoy making funny music videos. I do also secretly still make ‘proper’ serious music, but it’s so earnest so I’m far too embarrassed to share it with anyone.

I used to play an old keytar from the 80s onstage as part of my comedy set. It was fun and I had some good gigs with it, but one scarring experience of me whipping out the keytar in a working men’s club in Kent to mass apathy really put that to bed. That said, I really enjoyed doing something a bit different onstage, so maybe I’ll bring it back one day!

In the show you talk about personal relationships, including, your first crush. Have any of your ex’s heard you talk about them on stage? What do they think?

‘Any of your ex’s’ implies there’s a greater number than there actually is lol! I was once asked if I was interested in going on ‘Celebrity Eating With My Ex’. I did message my ex asking if she’d be keen and she just replied ‘You’re not a celebrity’.

It’s quite a humbling day being asked to go on Celebrity Eating With My Ex but failing due to a distinct lack of exes. But I think it goes well with the vibe of my show, so I’ve made peace with it!

They would have heard me talk about them, but I think if I ever joke about them, I’d be the punchline rather than them so they wouldn’t mind! I’m quite lucky that I get on with my exes. I’ve never had one of those relationships where we both now hate each other.

Sorry I know that’s a boring answer for you. Hopefully next year I’ll be involved in a traumatic break up and then I can be more interesting!

What’s better being a musician or a comedian?

I think they both have different pros and cons.  As I mentioned earlier, the blessing and curse of music is the earnestness. On one hand I pathetically love listening to pathetic Morissey lyrics and pathetically thinking about how relatable it is to my pathetic life.

Which is great, and is why so many people really connect with music, but it’s also the downfall, I struggle letting anyone know any feeling I’ve ever felt, so I don’t think I’d be comfortable bearing my soul like that.

That’s why I love comedy, because you can just undercut any sincerity with a stupid joke. Means the feelings stay bottled. Just how I like them! 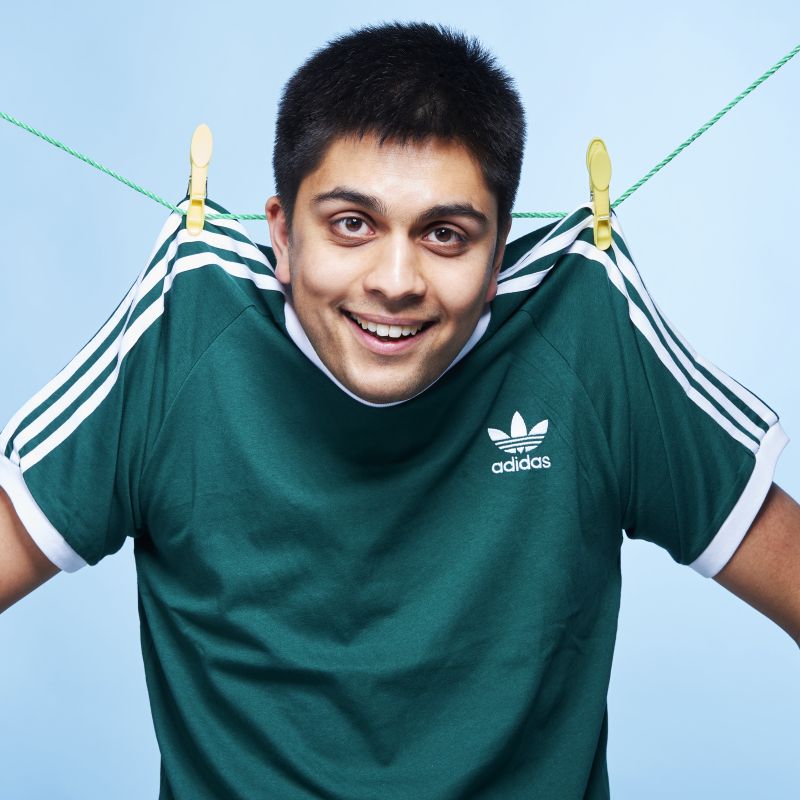