Nico Yearwood is originally from Barbados, but is now based in London. He’s been described as a laid back, but relentless joke teller, who delivers his material in natural, conversational style. He’s currently appearing at the Brighton Fringe. Martin Walker dropped by to say hello.

Tell us about your Brighton show.

“My show is called Barbadian Idle. See what I did there? I talk about how hard working people are to blame for the economic crisis, the paranoia which compels me to eschew the shackles of modern technology and how my smooth-sailing upbringing in Barbados left me devoid of any motivation to succeed in the real world, I sometimes talk about cats as well.”

What attracted you to stand-up comedy? How did you get started?

“I like the independence of being a stand up, not having to take orders from someone else or not having to sit in a cubicle all day. I had some friends who encouraged me to give it a go. So one day at work I Googled open mic stand-up comedy and here I am!”

Aside from at the Brighton Fringe, where can we find you performing?

“All across the UK really, I perform anywhere from the popular comedy clubs like Comedy Store, Jongleurs, Comedy Café etc. to the small independent nights in local pubs. Just have a look on my website to find out where I am performing next.”

Do you have plans to come up to Edinburgh during the Fringe?

“I will be in Edinburgh for about 10 days making guest appearances on other shows which I have been invited to but I am not taking the Barbadian Idle show up this year.”

If you’re curating a stand-up comedy show for television, who would be your guests? You can go for someone famous or unknown – alive or dead. 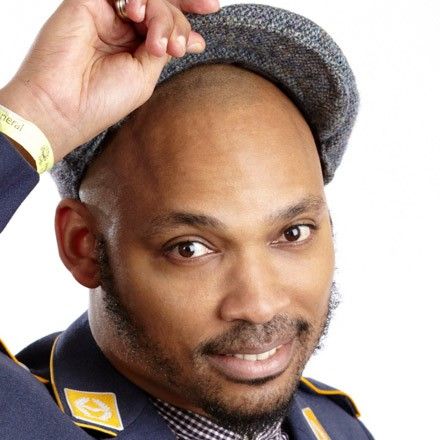