Sajeela Kershi has been performing stand-up since 2006, getting her big break as part of Brendon Burns’s 2007 award winning show, ‘So I Suppose This Is Offensive Now?’ She made her Edinburgh Fringe solo debut with ‘Bitch Got Owned’ and is currently preparing for the Brighton Fringe. Martin Walker asked her about her work-in-progress show, ‘Shallow Halal’.

“I was raised a Muslim, but even as a child I would look for loopholes within the tradition. For example when we were fasting I was told it was OK to lick foods… that’s partly what the show’s about.”

Do you identify as a Muslim now?

“Culturally I am and always will be. It’s part of who I am. But in terms of belief in God, I call myself agnostic. That does mean that I fall between the religious and the atheist camps.”

Do you get accused of sitting on the fence?

“I do, but I have an open mind. To put it another way, I’m equally intolerant of fanatic atheists as I am of religious fanatics. As I have said on stage, I sometimes want to don a burqa, pull a moonie and piss them all off.”

Do people assume you’re a Muslim because they perceive that you ‘look like one’?

“Some do. There are massive generalisations about Muslims going around which are annoying, but, equally, I don’t like to be used as an unofficial go-to person on the conflict in the Middle East – just because I was born into the Islamic faith doesn’t mean that I’m an expert on it.”

As part of the Brighton Fringe, as well as performing in your own show, ‘Shallow Halal’, you’re also taking part in ‘Immigrant Diaries’ and ‘Funny Fillies’

“‘Immigrant Diaries’ is the story of how my parents arrived in the UK in the early hours of winter with all our possessions, three kids and three thousand cigarettes stuffed in to a Scooby-Doo van. And the show also focuses on my friend, Sameena Zehra’s story, who was born in the UK but was sent back to Kashmir by her parents to live with her grandmother who fought off terrorists like mosquitos. We’ll also have a different guest line-up every night. It’s a fun show with the message that statistics don’t really tell the story of immigrants in the UK – people do.

“‘Funny Fillies’ is me and my sister from another mister, Suzy Bennett horsing around and having a laugh.”

If you were curating a stand-up comedy show on TV, who would be your guests?

“I’d want to work with all my friends, if I’m on the way up then what’s better than getting to work with people you love and admire, who’ve also got your back?

“I’d start with my co-host from my ‘Immigrant Diaries’ show, Sameena Zehra and Suzy Bennett from our ‘Funny Fillies’ show.

“Then I’d have Mary Bourke, Juliet Meyers, Luisa Omielan, Charmian Hughes, Lynn Ruth Miller – these are all women I love and admire who are doing shows at the Brighton Fringe this May. I’d also add some women that have inspired me in comedy like Joan Rivers – the reason I got into comedy – plus Jo Brand and French & Saunders for being at the forefront of women in TV comedy.

“I’m aware I have no boys in the list, but if I had to pick one stud in my stable of funny fillies – see what I did there? – I would have to pick Nat Tapley. He’s a massively talented writer and character comic who’s a good friend from my hometown and everyone should go and see him.” 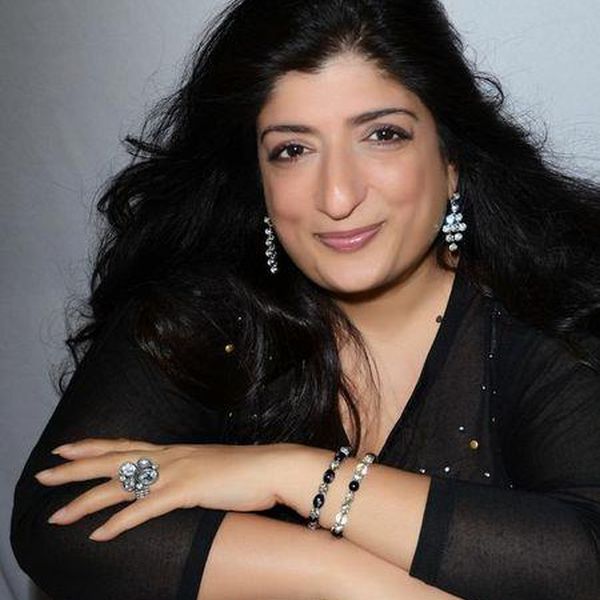