Fresh from their sold-out show at the Glasgow Comedy Festival, Marc Jennings and Stephen Buchanan make their Edinburgh Festival Fringe debut. If you haven’t caught any of their online sketches or seen them performing stand-up live already, you can join the boys for an afternoon of hilarity, hijinks and high fructose corn syrup.

“Every year Edinburgh hosts the biggest arts festival in the world, and no one in Glasgow bats an eyelid. But as soon as they open a fucking doughnut shop… everyone feels obliged to make the pilgrimage.

“So with that in mind, myself and Stephen Buchanan have decided to offer a free doughnut to every audience member who comes to our show.

“Our Glasgow Comedy Festival show completely sold out this year so we’re essentially bringing that to the Fringe, as well as performing some of our online sketches live, and having a few special guests popping in from time to time.”

“They got back to us very quickly after applying so we knew they were organised, and they’ve been extremely helpful since. They seem to have a lot going for them in their first year and I’m sure they’ll go from strength to strength.”

“I was actually forced into stand-up at gunpoint against my will by a gang of Vietnamese children, who I suspected were themselves unwillingly taking orders from some shadowy third party. Looking back though I’m glad it happened as it’s something I’ve grown to put up with.”

“One time I was meant to be doing a gig where we’d been told we wouldn’t be allowed to swear and that no blue material would be tolerated. As soon as I arrived at the venue, I knew I’d made a big mistake – because the sign on the door made me realise the place I was actually meant to be was half a mile back down the road. After checking my sat nav, I was able to re-route and get there with minimum of fuss.”

“’Curating’ sounds to me like something you would do to a pig, but a Google search has shown that there’s absolutely no basis for this whatsoever. Still, curating a pig would make good television.” 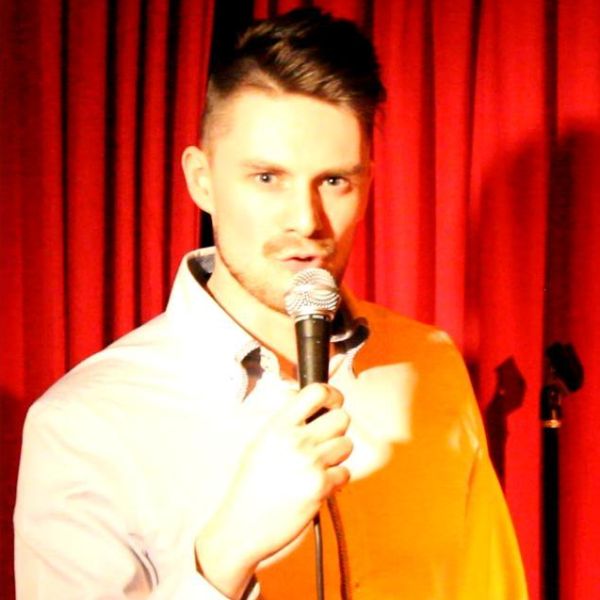