Tell me about your 2022 Edinburgh Festival Fringe show, Absolutely No Worries If Not.

It’s my first hour of stand up, so I’m basically talking about a lot of the important things in my life: my heritage, my sexuality and when I bought a cat off Gumtree. I think the title also conveys my vibe: a super chilled, relaxed girl who definitely never over thinks anything. My coming out coincided with the nation going into lockdown (honestly guys, you shouldn’t have) so there’s a bit of chat about how I dealt with that. I would say it’s quite a happy and silly show, with a mix of stories, observations, and weird surreal tangents. I also hope it’s a show that anyone can enjoy regardless of their identity.

You discuss your sexuality during the show. I’ve spoken to other bisexual comedians who have received a negative response from a minority of gay and straight audience members. Has this ever happened to you?

I haven’t had this yet, but there’s still time! I’ve definitely done gigs where I’ve felt like there was a slight sense of discomfort in the air when I spoke about my sexuality, but it’s never been something tangible. I’ve come across biphobia in other areas of my life for sure, but that hasn’t crossed over into any audiences so far. Luckily, I’ve had something much nicer. A few times after my show, I’ve received messages from audience members who haven’t come out yet saying they found the show relatable and comforting, which honestly means the world to me. It’s got to be one of the best feelings in the world, reading one of those messages on the long train back from a gig with a cold McDonalds. Makes it all worth it!

You also talk about your parents on stage. Have they seen the show? What do they think? How easy is it discussing personal issues in front of audiences?

The last time my parents saw me do stand up was when I did half an hour at the Fringe in 2018. I had a long routine about buying a vibrator online. Afterwards my stepdad told me he’d found it in my sock draw once. It made me cringe to my very core. Luckily, there’s nothing of that vibe (!) in this show, so hopefully it will be easier for them to watch. Talking about personal issues in front of audiences can be tricky, but I find it the most rewarding thing to talk about. When an audience laughs at something deeply personal (and possibly a bit scary) is when I feel most accomplished as a comedian! I also think it’s good to remember that everyone in the audience will have their own experiences and secrets and shame, so you never know who might relate.

Tell me about the podcast, The Weekly Shop.

It’s a podcast I co-host with my friend Harry Monaghan which is essentially an ode to the humble supermarket. We made it to prove the people who say ‘there’s a podcast for everything these days’ right. Every week a guest takes us through their shopping basket, which allows us a glimpse into their soul. As well as their regular purchases, they get to ban one item from supermarkets forever and tell us about their ghosts of baskets paskets (things they don’t buy anymore). It really is as stupid as it sounds, but you’d be surprised how many people have incredibly strong opinions on apple variety and processed ham. For the record – Pink Lady apples are number one and if you disagree you are wrong in the head.

Past Edinburgh Fringe highs or lows?

The first time I went up to the Fringe I was working two jobs, going out to see shows, and going out to party as well. I wasn’t quite getting enough sleep and my accommodation was hours away, so sometimes I’d powernap on the floor of the nice Assembly George Square toilets. So, if I start to get tired this Edinburgh, you know where to find me.

Tickets:          Ania Magliano: Absolutely No Worries If Not 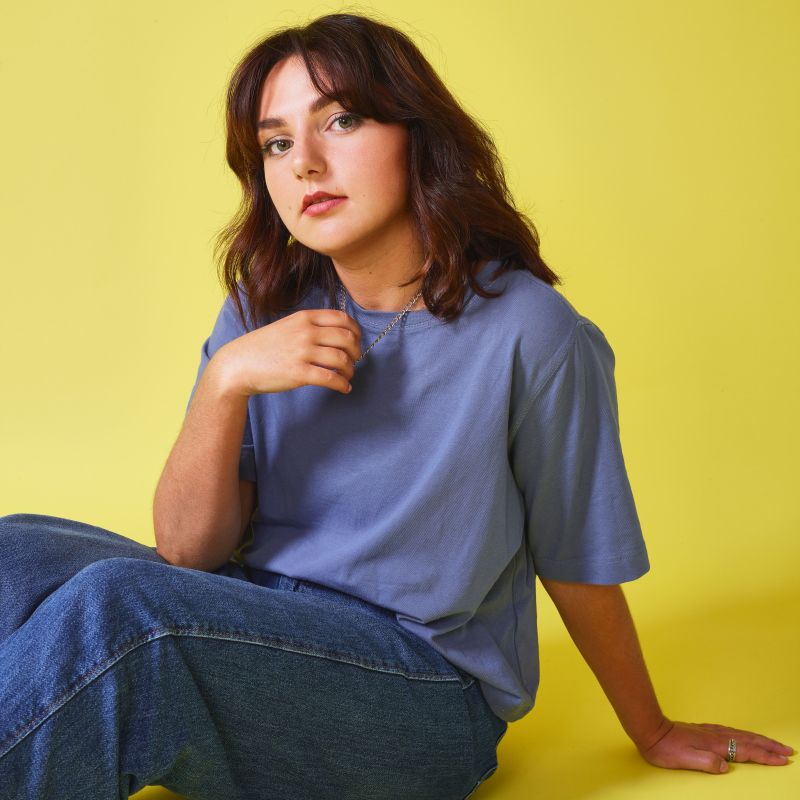