Njambi McGrath has been described as the hottest thing to come out of Africa since the Sahara. Born and educated in Kenya she attended university in London and State University of New York.She holds an IT degree and is fluent in English, Swahili and Kikuyu. As Martin Walker learns, she’s also performing her first solo show at the Edinburgh Fringe.

“This is a story of courage and true love set in the ‘lunatic Express’ – nickname of the Kenya Uganda railway – against the background of untold brutality at the end of the British Colonial rule. It’s a gut wrenching story of the underdogs in the full brunt of the mighty coloniser whose unwavering determination to hold on to the last colony in Africa is met by defiantly strong people who become ungovernable. It is also a wonderfully uplifting story of the unwavering tenacity and determination of two young souls in their battle to survive and live life at its best.”

How do you make such issues funny?

“It’s always challenging dealing with such a difficult subjects and trying to make it funny without belittling the events especially because this is a very personal story, which I would like to represent in the fairest possible way. However even in the darkest of tragedies you still could find humour.”

This is your first Edinburgh solo show. Why now and how do you feel about it?

“I am rather excited about unveiling my creation to people of Scotland and beyond. I hope they are ready for me. I am very nervous too because I have to carry the show through and can’t really blame anyone if it doesn’t work and we all know the benefits of having a scape goat. Doing this show now is destiny – sounds pretentious which is the intention – because it feels like the right time. It was also determined by a recent personal tragedy that motivated me to write a book, which in turn determined the topic of the show, so in that respect its destiny. This is a story that needs to be told and there is not time like the present and as they say tomorrow never comes or is it dies?”

“Stand up is a definite calling because I come alive when on stage and have made little money from it so can’t be regarded as a career as such. I suppose like most performers, I have an ego that craves attention and stand up certainly provides the platform. Performing is like a drug and I’m definitely addicted.I thrive on being given all attention albeit for a short while. I love it when fans shout adulation like ‘next!’ or ‘Women aren’t funny!’ to which I reply ‘who is?…the joke is on you’ and all laugh or cry….. whichever one feels appropriate.”

“Ooooh that’s a tricky one as there are so many people inspirational comedians, but it would have to be Bill Cosby because I grew up watching his show. Joan Rivers, because she is an age defying – in every sense – timeless comic, Richard Prior and Eddie Murphy – in his stand up days.” 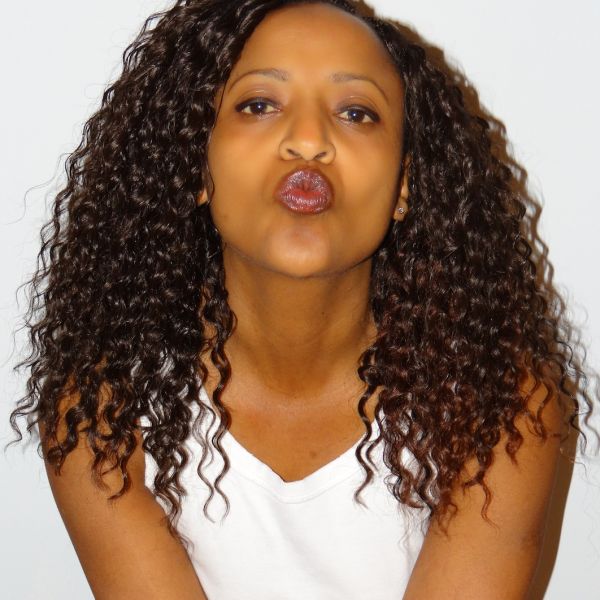