“It’s basically musical comedy. In that there will be songs and they will be funny. There’ll be bits in between like poems and amusing lists and even some stand up but the emphasis will be largely on the music. Subjects covered will vary from psychotic dentists to republican Jesus’s all delivered in a kind of post punk ‘Billy Bragg on acid’ – as one reviewer described me – kind of way. There will be CD’s on offer which will be given away with any donation of a pound or over and a token smattering of audience participation. Expect self-deprecation, dryness and occasional outbreaks of satire. Three chords and the truth – with the odd major seventh.”

I like the fact that it’s free as I think this opens the fringe up to an area of the public that wouldn’t otherwise go to shows. It also opens it up to performers, like me, who otherwise wouldn’t be able to afford to put on their own show. Also I think laughing horse are very open minded about the kind of show they put on, with the emphasis being firmly on the alternative. In this respect I believe they embody a great deal of the original spirit of the fringe which may have been lost in recent times with the influx of mega-comedians like Jimmy Carr and Paul Merton’s Improv Chums.

“Between the ages of 14 and 18 I was all set for a career in comedy acting. I co-wrote and performed in sketches for school variety shows, starred in school and youth theatre productions of Sganarelle, Lady Windermere’s Fan, A Bit of a Do, The Caucasian Chalk Circle and, that most hilarious of all Shakespeare’s plays, Macbeth. But then I discovered the Velvet Underground and a certain type of mushroom and my life took a bit of a sideways path. From then on I’ve spent most of my time as an aspiring rock star, to varying degrees of success.

However, after working on my brother’s fringe show, Twonkey’s Cottage, in 2009 I was inspired to give it a go myself. Over the years I’ve accumulated a fairly healthy amount of comedy songs and felt I had enough nonsense in my head to pad out the bits in between and so the old flame was re-ignited. It was kind of an experiment at first but after some positive feedback I decided I maybe had at least a little bit of what it takes to be an aspiring comedy songster. I guess the rest is just practice.”

“My best experience is probably at the free fringe in 2010 when my mum came to see my show. After refusing to take me seriously as any kind of performer for most of my life, thinking me far more suitable to the family trade of systems analyst, she turned to me and said – ‘Actually, Steven – which is my real name – you’re quite good at this.

“My worst experience is probably when I tried to do a stand-up routine for the school variety show when I was about 15. Leaving behind my writing partner to go solo for the first time. I believe it was the only act to have failed the audition. But that was before I could play guitar…”

“Stewert Lee would be essential. He’s invented a whole new form of comedy I like to call deconstruction comedy that is easily the funniest thing on the telly box. It’s easy to be offensive but he makes excessive political correctness hilarious and far more challenging on your values than any of your certain ‘Risque’ tax-dodging, funny eye-browed comics.

“Obviously my brother – everyone go see Twonkey’s Private Restaurant at the Espionage, it’ll blow your mind!

“Keeping on the surrealist tip I see a great deal of potential in a certain Paul Currie. Ride your luck dragons everybody!

“And I think as a musical guest Kimya Dawson. She’s writing the most honest, brave and beautiful music out there at the moment.

“And I would call my show Voltaire’s Angry Glove.” 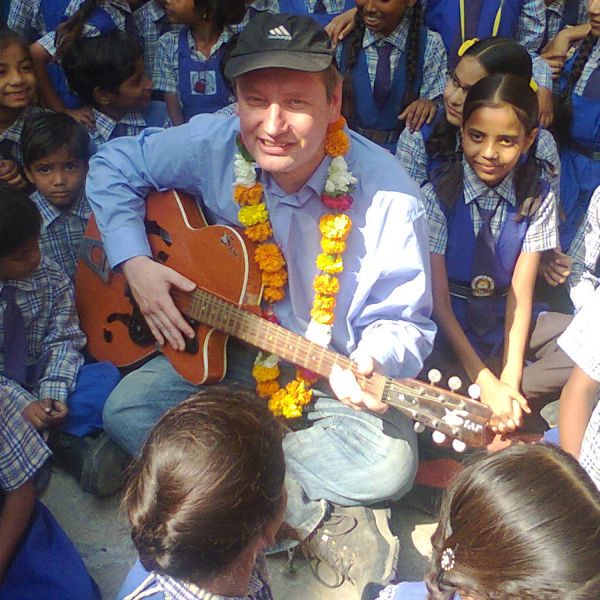