Please tell me about your 2022 Edinburgh Festival Fringe show, Read for Filth.

Oh boy, here we go: Read for Filth is a blend of stand-up comedy and more traditional one-man-show theatre, with some poetry peppered in for good measure. It’s about mental health (isn’t everything?) suicidality, and some of the filthy absurdities of modern life. I cover executive dysfunction, social over-extension, some light cabin fever, and a bit of absolutely plum dating advice from Benjamin Franklin, the man single-handedly responsible for inventing kites, keys, and lightning.

I’ve always felt that subjects like depression need to be balanced out with humour – both because laughing helps keep my audience from fleeing, but also because I think that counterbalancing humour and suffering helps get deeper into the difficult parts. Plus, I love treading the line between traditional stand-up and traditional theatre: being able to pivot the tone without losing the audience is a tap-dance that always makes performing this kind of work a thrill for me.

I grew up in a family that loves theatre. Both of my sisters are actresses, and everyone in my family has been to Fringe at least once… except for me. Back in 2016, when I was just finishing uni and realized I wasn’t going to actually kill myself I made my first-ever ‘five-year plan’ – until then I was convinced that I wouldn’t make it past 22 – and that plan included both performing abroad (I’m from the States) and performing at Fringe specifically. It’s been six years now, but one of the upsides of accepting that I’ll be alive a lot longer than I planned is that ‘better late than never’ becomes much more comforting as an adage than it used to be. Also, the Fringe is, well, THE Fringe: there’s no more exciting place to premier new work in the world.

What do I think of Edinburgh? I love it. I’ve visited (admittedly not during Fringe) a handful of times and every visit I’m struck by so many different things about the city. I love the verticality (even if it’s hell on my knees) and I love the architecture. I love the people; I’ve never had a bad interaction in Edinburgh, which is more than I can say for New York or London. Oh, and the Christmas markets – I don’t know how they manage it, but the Christmas markets in Edinburgh are the best I’ve ever been to.

Off the cuff: Robin Williams, Hal Holbrook, Whoopi Goldberg, Richard Pryor, and my mom. Shout-out to Edith Wharton too, as well as Megan Mullally and the late Jessica Walter.

My cop-out answer is Hamlet with Ian McKellen. I had the incredible fortune of seeing him play opposite Patrick Stewart in the Broadway run of Waiting for Godot and after that I swore to myself that I’d take any opportunity in the world to see him perform again. This might be the luke-warmest take of all time but good freakin’ lord that man can act. Plus, the inclusion of a dance company has me intrigued.

I’m also keen to check out both Abby Rose Morris’ More than Tracy Turnblad and Charlie Heptinstall’s Head/Lining. The former is a cabaret-variety show about body standards in the entertainment industry and the latter is a show that deals with mental health, addiction and issues of class through music and poetry. I haven’t seen either yet, but both seem equal parts timely and essential.

There’s also a half-dozen dance shows I’m curious about because as a primarily-words-guy the physicality and precision of dance is amazing to me.

Why is making your work about mental health issues like suicide important to you?

It’s important to me because it is my overwhelming belief that talking about this stuff out loud is one of the best ways to keep it from happening. Not just because of general awareness (which is also super important) but because nothing has helped me with my own problems more than telling someone willing to listen what I was feeling, what I was afraid of in the moment; the messy, awful, terrifying-to-tell bits that are so adept at helping shame and self-loathing fester lose a lot of their power when you say them out loud. 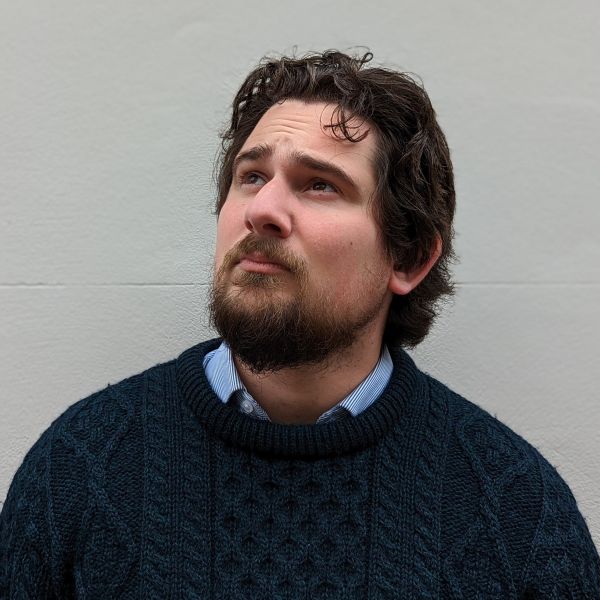