After running a successful compilation night at the Edinburgh Fringe Festival in 2013, this year Sahar Mirhadi has joined forces with Dan O’Gorman for a new hour: My Mother Made Me Do It. Martin Walker asks what the show is all about.

“In one word: Mothers. Or to put to it more bluntly: Our Mothers.

“The show explores how our mothers taught us true-life skills: Mastering Sarcasm, Advanced Haggling and Competitive Hospitality.The lessons every child needs to know in modern Britain.

“Both Dan O’Gorman and myself Sahar Mirhadi have been performing comedy for over 3 years and through many Chinese dinners we discovered that our Mothers have had a profound effect on our worldview.

“I liked the idea of working with someone different. They are always responsive and supportive of our ideas. I first heard about them through Chortle and after some research discovered that the team are comedians who care and want you to succeed. “

“I came into Comedy from a friend who was stage managing the 99 Club in London. He told me that I was a bit of clown and to try stand up. What’s the worst that can happen, I thought. So I did my first five minutes at an open-mic night and that was it. I was addicted. I loved the reaction and still do – through good and bad gigs.

“As to whether I will become the next Omid Djalili or Shappi Khorsandi and make a career, I can only work hard and see what happens.”

“I remember one gig I did at a prestigious London comedy club in 2012. I had gone out for dinner and had a few drinks prior to the gig for some Dutch courage. I remember forgetting my material and overran my time talking about radioactive spiders and Spider-Iran. My lesson: never drink before a gig.”

“I would say Patrick Monahan, Max Amini, Paco Erhard and Inel Tomlinson. This show would take energy on stage to another level. All these comedians have made me laugh so hard that it is not natural!” 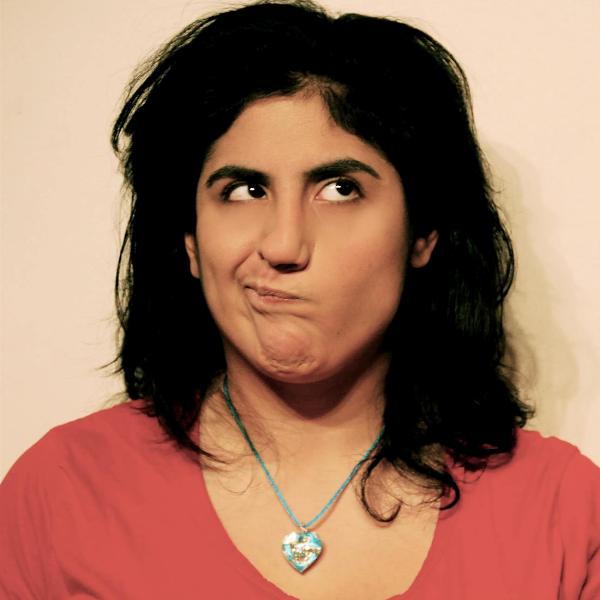