Tell me about your 2022 Edinburgh Festival Fringe show, Playboy.

Playboy is a comedy period drama about the Regency’s most outrageous rake, Lord Christian Brighty. It’s an Austen romance following the love between a duchess, and a cad who is trying to improve his character from near-constant shagging. It’s a saucy celebration of Poldark, Bridgerton, and the ridiculous moping men at the centre of them all.

Not at all! He’s a bastard! There’s bits of him I envy – the ridiculous sexual confidence, the totally embracing my bisexuality, the complete lack of self-doubt. It’s so much fun to roleplay that every night! But he’s ultimately a selfish, narcissistic softboy – playing up his romantic sensibilities just so the audience want to sleep with him. Which they always, always want to do.

Tell me about your doings on TikTok.

I ADORE TikTok. It is such a brilliant free space for creativity. I get to go and be a clown in public – finding games to play with strangers, where I dress up as a highwayman to rob people, or jump into a canal like Mr Darcy. I’ve found a way of capturing the joyful play I learnt at clown school, and turning that into online comedy. And TikTok is full of fantastically creative people like @ghosthoney, @sugarcoatedsisters, @dnlfoxx, and @trashling.

Studying with Philippe was incredible. People talk about him being horrible, but I don’t think that’s accurate. He says horrible things to you, yes, but to everyone! It’s acknowledged that it’s a joke. He’s just saying you weren’t good enough, in a way that isn’t boring. But it means that when you do perform in a way that is good enough, when he says so, it means something.

I think the reputation for ‘nastiness’ arises from machismo performers, who attend the school and see it as a cut-throat competition against other classmates. They don’t understand that being a dick is not a necessary part of learning to be a clown. I was lucky that in my year group, everyone was kind and nurturing. It meant that not being funny in class was OK. Because we’re all in the shit together.

Finally, ask and answer a question of your own.
Why Period Dramas?
They are so funny! Jane Austen is one of the greatest comic writers of all time. The chapter where Mr Collins proposes to Elizabeth Bennett, I think is one of the funniest bits of writing ever. When I filmed that trope for TikTok, I literally lifted some of her lines directly, because there is no better version!
What I love most is how silly the male characters are. They are so serious! Either martyrs with HUGE messiah-hero complexes, misunderstood waifish poets, or dark mysterious fuckboys. And the real life versions – Byron & Shelley – were even worse! Taking total advantage of their wives & lovers.
What makes these characters good for drama is the same thing that makes them good for comedy. They never make choices that will make them (or their partners) happy. They’re restless. And from an era where men thought that they were really important. But they’re not, are they? And it’s very funny when men think that. 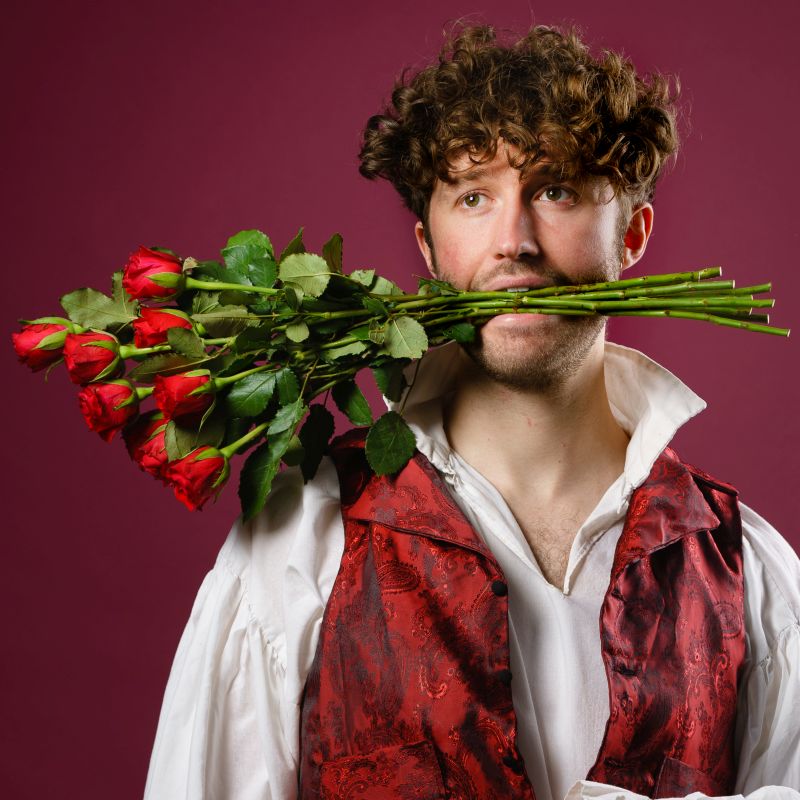