Arthur Smith is one of those comedian’s comedians. He is the voice of comedy on BBC Radio 4 Extra and his book, My Name is Daphne Fairfax is considered, by many, a classic.

How are you Arthur?

And you’re currently touring your show Arthur Smith at Your Service.

“Yeah, it’s a potpourri of stand-up and poetry, with support from Leonard Cohen. It’s a coruscating insight in to modern life. Or something. That’ll do.”

You describe yourself as an alternative comedian in your autobiography, My Name is Daphne Fairfax. Does the description still apply?

“Well that’s an interesting question, probably worthy of another book.

“Yes it does apply. ‘Radio 4’s bit of rough’ is how I describe myself sometimes… I’m establishment in that I’m on the BBC.

And those haircut comedians?

“I’m certainly not one of those haircut comedians. Both literally and metaphorically.”

You make it clear in your book that both Bernhard Manning and Jim Davidson, along with Frank Carson, were ‘the enemy’.

“They were. I read your Jim Davidson interview Martin – I thought it was rather good – a refreshing change. Even I was thinking, maybe we should give him another chance… on the other hand it’s fucking Jim Davidson – a wife beater, who has performed racist material in the past, and anti-gay… But if he’s changed… I was debating with myself whether I should ask if I can interview him for Radio 4 Extra. If he says yes I might end up running away…”

I do enjoy your 4 Extra interviews.

“Yeah I enjoy those too, as do the comedians I think. For once they are not being asked ‘Where do get your ideas?’ and ‘What can we expect from your show?’ or ‘What’s your position on women in comedy?’”

Where do you get your ideas?

“Well, to paraphrase John Cleese… I get mine from the shop round the corner from here – called Bonanza… I don’t know where they get them from.”

Your book talks about the attempted formation of a comics union by fellow comic, Ivor Dembina…

(At this point Arthur bursts in to song, singing Free Ivor Dembina, to the tune of the Special AKA number about Nelson Mandela. It’s very catchy and I join in for a while. Do have a go, dear reader; the bloody thing will be in your head for at least the rest of the week.)

“That song was about Ivor, originally. I used to sing it on stage. Somebody took it and changed it to Nelson Mandela.

“I love old Ivor. He’s a proper miserablist. Stewart Lee cultivates his grumpiness for the stage and can be quite cheerful in real life. Ivor is the real thing.”

And the comics union never happened?

“Did it fuck. We all hated each other.

“You know, my book was published on the very day that the news said we were all going to hell. The bankers had all lost our money… bloody big financial crisis… everybody skint. What a time to bring out a hardback.”

The book says a lot about Malcom Hardee, and you get more than a couple of mentions in his own alleged memoir, I stole Freddie Mercury’s Birthday Cake.

“Yes, I knew Malcolm very well. He had a kind of recklessness that we all secretly envied. But then again he was in prison for seven years. I remember interviewing him once and asking what he went to prison for. He just said, ‘Well it all adds up dunnit?’ He lived close to the edge.

“He never liked being on his own. If you nipped over the road to the shop for some fags he’d come with you. So there was always someone there to record whatever ludicrous act he’d get up to. He had a myriad of amanuensis’s* – or whatever the plural of amanuensis is.

“And he’d love what he’s become now. He would absolutely love it.”

“No. It was Tony Allen. It was called Alternative Cabaret originally. I remember when they started separating the listings in Time Out. There it was in print, Alternative Comedy. That’s my take on it anyway.”

You contributed to Malcolm Hardee and John Fleming’s anthology, Sit Down Comedy. Your story about the guy with two penises had me laughing out loud.

“I saw you tweet about that the other day and I had another look at it. I can reveal that the last part of that story was written by my partner, who is a writer. I said to her, ‘How the hell am I gonna end this?’ And she went away and finished it for me.”

Is there another book in you?

“Yes. Maybe prose… What I need is someone to offer me money to do it. But it’s an interesting idea. Maybe I will. Yes I will. I’ll start now. It’s your idea Martin, you can have half the money.”

A lot of alternative comics seem to have grown up and become teetotal.

“Me too. I mean, I was really ill. It’s poison to me now, alcohol. If I had one night out I’d likely be dead at the end of it, because I have no pancreas left. I nearly died twelve years ago, though I was never a massive drinker.

“When I see you up in Edinburgh, I’ll be drinking tea. Or more likely I’ll meet you on the top of Arthur’s Seat. I’ll take you to some of my secret places in Edinburgh!”

“Well you better not tell your wife or the woman who wrote the second half of my penis story… it’s funny I’ve never been very good at sitting still. I only ever drank alcohol to keep me in one place. I don’t miss it though.”

So you’ll be up in Edinburgh doing a show?

“I’ve always liked Leonard Cohen’s stuff. I did a show called Arthur Smith Sings Andy Williams – it was an arbitrary title and it sounded ridiculous – who the hell would want to see that? So having successfully done it anyway, I thought why not make it a trilogy? I toyed with Arthur Smith Sings the Supremes. The other day someone suggested Arthur Smith Sings Lady Gaga.” It’s a good title init?”

Have you thought about Arthur Smith Sings Justin Bieber?

You should tweet that with a hashtag, you’d have his teenage fans turning up to your gigs.

“A room full of Beliebers? What a terrible thought. But then again, why not? I have to concede that I don’t have a legion of young fans. Perhaps it could happen. I might become immensely fashionable again.

“I settled on Leonard Cohen, who I do adore – and I can sort of growl along to his tunes in a similar way… I love doing it so I’m sticking with it for a bit.

“You know, as I was writing the show, stuff started to happen with my mother – her dementia was reaching a climax, and that seemed to fit in with the theme. I was amused by the idea that I could do a comedy about dementia.

Only an alternative comedian could make that work, maybe?

“Yeah, you’re right in a way. I do some observational stuff too if need be. I’m an all-rounder, though I can’t tap dance – actually I might give that a try.”

Is there a Celebrity Tap-Dance show on TV?

“Oh God, no. Well, I turn all those down anyway. I can’t face them. I do the odd ad or voiceover, but there are some areas I won’t go. I won’t stoop that low.”

So finally, fast forward to the day you’re fashionable again. Who would appear on Arthur Smith’s Comedy Roadshow?

“Tina Turner Tea Lady – an act I saw recently which I liked. Oscar Wilde would do ten – as I’d like to see him do proper stand-up. Nelson Mandela and Barack Obama – for politicians they are both quite funny. Oh, and Leonard Cohen ‘cos he could be pretty funny too. And Roland the Farter – who was a big name comedian in the twelfth century. Apparently he used to come on with a leek, a whistle and a fart. And you can’t go wrong with that, can you?” 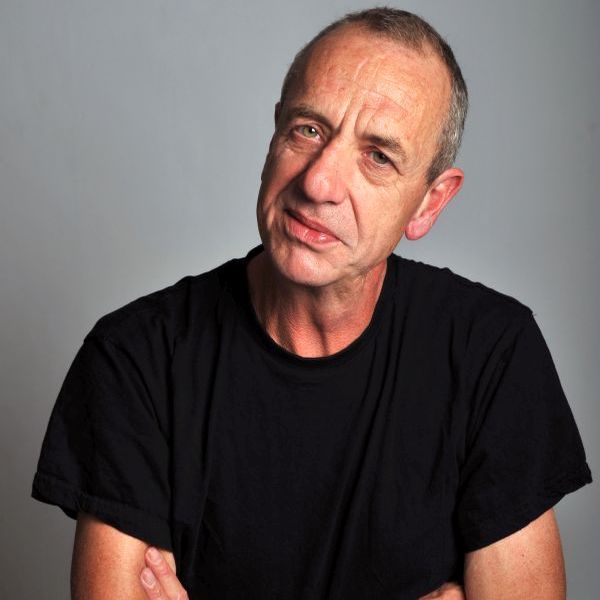